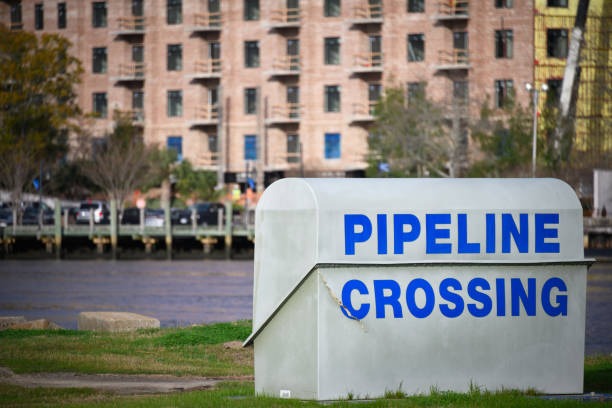 While the energy sector struggles to improve its earnings, the market watchers are pending on the November 3rth election, as a democrat or republican win may decide the fate of very important midstream projects. These being the Keystone XL pipeline or the much-litigated Dakota Access Pipeline.

As the democratic candidate Joe Biden would assume energy transition as a key element for his term, experts conclude that this will trigger more industry consolidation and an uplifting in the prices, but in a smaller industry.

Because of this, pipeline companies support president Trump over Biden as they do not want further pressures and regulations in an already weighed down sector. As we know, midstream projects have had a great challenge facing the pandemic and the crash of prices.

This, leaves the Midland-Echo 3 system and the Wink-Webster, with an ExxonMobil connection as the only Permian basin pipeline projects still on going. Other than that, midstream sector is facing interminable deferrals and heated courtroom fights and hearings.

You may also like: A USMCA Corridor is Possible

Even the most famous pipeline project, the TC Energy’s pipe known as Keystone XL —that’s being built on the Canadian side of the border— may face oblivion if Biden wins the presidency. At least, that’s the opinion of Ethan Bellamy of East Daley Capital:

“If Biden gets elected, KXL is dead. If Trump gets elected, it’s on life support”, he said. And added that Enbridge’s Line 3 pipeline replacement, and the Trans Canadian pipe expansion may still be built, as they will receive key permits in November.

“Enbridge continues to advance pre-construction activities as we work with permitting agencies towards the timely issuance of remaining permits. We plan to start construction in Minnesota once final permits are in hand”, Enbridge spokesman said, as SPG reports.

For the Dakota Access Pipeline: it won’t be shut for now, after a court ordered a closure cancelation. But additional court rulings are expected in the next few months. Next court ruling is in no other date than November 4rth.

The US Corps of Engineers leadership would be critical to DAPL’s fate, and if the project receives a favorable environmental statement or not. Experts conclude that just as president Trump speeded up the review process to get the DAPL built, a newly elected president Biden could delay the process. Arguing that he may name a new head for the US Corps of Engineers.

“The rancor, delays, protests and litigation broke all the norms for a pipeline battle in the US, and the saga likely will continue for some years”, said Ajay Bakshani, East Daley analyst in a report.

Data will open the door to renewables in the US power grid: Cognite