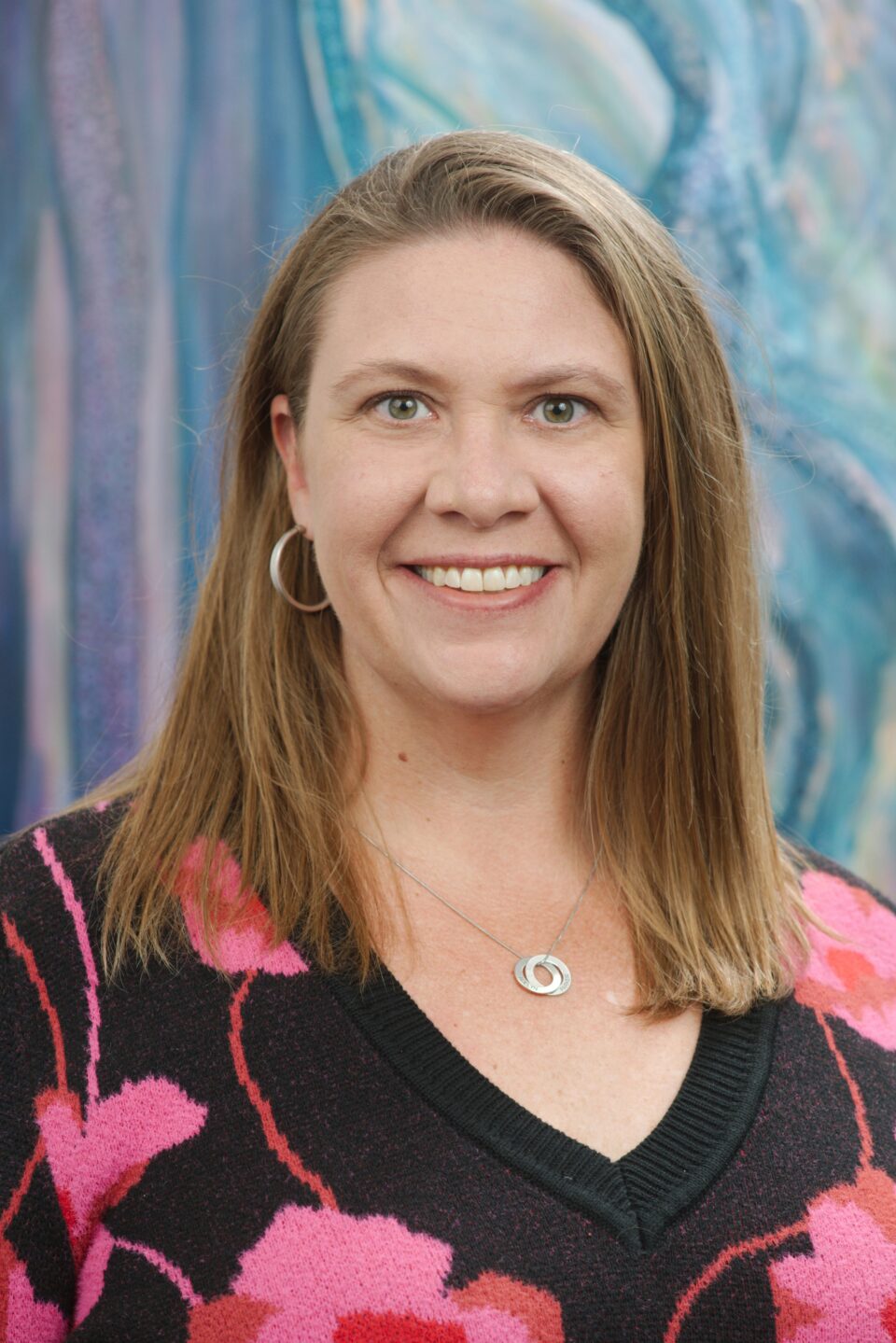 From Austin, Texas, Lisa Hill shares a bit of her story and experience in the tech industry. How being a woman has influenced her professional trajectory and what she has learned in the process.

Lisa went to MIT and “partially on a dare and partially because I thought it would be more marketable, I decided to major in Computer Science instead of Math.” Since 2005 she has been working with ArgonDigital, currently serving as VP of Technology Strategy.

“I feel like women should have the same access to all opportunities as men, period.” And by opportunities, Lisa means everything, from initial hire, big promotion opportunities, as well as executive leadership.

Nonetheless, to Lisa is also about the little things, such as the settings in which business occurs.  It is common that businesses get done in social settings such as a golf course; “while anyone can play golf, there’s a lot of settings that are really not appropriate where I know in my history, I’ve heard business getting done. The strip club is not an appropriate place to conduct business.” Consequently, Lisa invites us to rethink the whole setting in which the work actually occurs so that everyone can have that equal opportunity.

In addition, the VP thinks that women bring a different and unique perspective in leadership from men. Also, there is a need for more female mentors, more female role models, and more women showing that breaking the proverbial glass ceiling is possible. “It’s not just because a woman’s voice is important and relevant, but also, we just need to have more encouragement to really change that kind of societal impression.”

Furthermore, when asked about the difference between choosing a woman for a position because she is a woman and choosing her for her capabilities, Lisa said: “I don’t think anyone should be chosen for a position solely because of their gender, being male or female. I do not believe that that is fair; it really should not be the case,”

With that said, she thinks that organizations should proactively look to have diversity in their workforce. The perspective between a male and female is usually a different one, and so by having a variety of voices at the table, “you’ll make better decisions, more informed decisions, and kinder decisions.” The VP thinks that having this diversity of perspectives will actually help businesses excel more.

She also mentioned that there is certainly male predominance in her industry; she recalls being the only girl or one of a handful of girls in a room full of boys. “My freshman year at MIT was a really big deal. Our class was 42% women, which were the highest MIT had ever had to date.”

Lisa mentions how, even in her company, there was a long time when the entire management team were men. Nonetheless, today, their team is actually two-thirds women.  She thinks this wasn’t a conscious choice. “I really think that those of us who are women in the team really organically grew into our roles over the years.” The reason Lisa has her position today is because she has proved herself to the organization.

Where she sees that male dominance still is when she goes to more significant industry events; for example, she had recently attended a conference, and although she didn’t have the exact number, it felt like over 90% of the event were males. “The sad part of it was that it really didn’t even bother me or that I really didn’t notice it. That’s just been such a part of how I’ve always grown up.”

Lisa believes that in order to achieve an egalitarian system of participation and leadership we should encourage kids from a really young age to explore all subject areas. There are no girls subjects or boy subjects just as there are no boys colors or girls colors; all subjects should be equal opportunity.

Additionally, Lisa mentions the way kids are granted attention in school. There is an age where boys can’t sit quietly and pay attention to the class as a girl can. As a way to control their behavior, teachers give extra attention to the boys, getting them more engaged, encouraging their participation. “And while they are not consciously trying to limit the girls’ participation, those girls are not getting the same encouragement solely by the fact that they could sit there and quietly learn.”

With this, Lisa remarks that there needs to be some universal changes; becoming self-aware in how we are interacting with others so that we can have teachers that are reaching out, pulling, and encouraging girls in the same way that they are for boys. “I get it; sometimes it is hard. Sometimes what you are trying to do is survive the day, right? But my daughter comes home, and she struggles with the boys in the classroom that are being disruptive, causing the environment to not learn. And hopefully, I will raise her to be strong and be a voice to get the attention and have the confidence that she needs.”

The VP recognized that she didn’t have a first-hand experience with gender inequality in Mexico, but someone in her team grew up there. She shared with Lisa some of the practices that existed and still do, to some extent. For example, one that really hit her was the disclosure of the spouse’s income in an interview process. “For me, to think of someone getting paid differently for a position, not based on their merits but how much their family needed the money because of their husband’s income, that is just shocking to me.”

Nevertheless, Lisa sees that Mexico is making some changes. “What it sounds like to me is that the increasingly younger workforce is causing a shift in mindset regarding these sorts of things. But there really still could be some stronger enforcement of their labor laws to prevent these sorts of discrimination.”

The VP clarified that also, in the U.S., there’s still some bias that women may be a riskier hire, that they are going to get pregnant, quit, and go have kids. She thinks this is not just a female issue anymore. People are demanding fair treatment, and if they don’t have it, they are going to leave. “What I would say is that for women whose company does right by them, during those times where yes, they are going to have to take some time off if they are actually giving birth to a child, they will end up being even more loyal to the company. Those things are meaningful.”

“For me, it hasn’t really been about the work itself, but about the people, I get to work with.” Hence, Lisa’s most enriching moments have been when she has helped a stakeholder to succeed within their own organization; or sat with a co-worker to try and figure out that problem that has made him struggle for hours or days; or the time that she spends laughing with her team when they are punch-drunk from working late at night. “It’s the moments of connection for me that stand out. More than the professional accolades or the awards that I’ve won or the team has won.”

Growing up, being a woman didn’t negatively affect Lisa’s career. She remembers that her school gave her many opportunities. They had a gifted and talented program that pulled her out of mainstream classes and pushed her development. She also mentions how her parents were willing to sacrifice to send her to a great school that opened many doors.

She suspects that being a girl that was graduating in computer science at the height of the tech bubble was a big part of the reason why she had so many interviews. “Though those circumstances might get you the interview, it is really yourself and your accomplishments and what you can bring to the opportunity that gets you the job.”

On the other hand, Lisa has dealt with some prospects and clients who only want to deal with a man; “I still struggle with some stereotypical behavior like being in a meeting and the person whom I’m talking to keeps differing and looking to my male colleague, who is actually my employee. Despite me being the one with the authority and the knowledge, and the one answering their questions.”

Finally, Lisa advises women to grow thick skin. “Be confident in yourselves, don’t let anybody else’s comment negatively affect your self-worth, and realize that you might have to fight to have your voice heard, but it is worth it.”

Her second piece of advice is that “especially as your career progresses, continue to fight and advocate for a kinder workplace. To treat others as you want to be treated and speak up for others that you see aren’t creating that voice for themselves, encourage them to bring that out. Be that role model for others that you wished you’d had.”

Array Technologies to Supply Solar Trackers for Over...