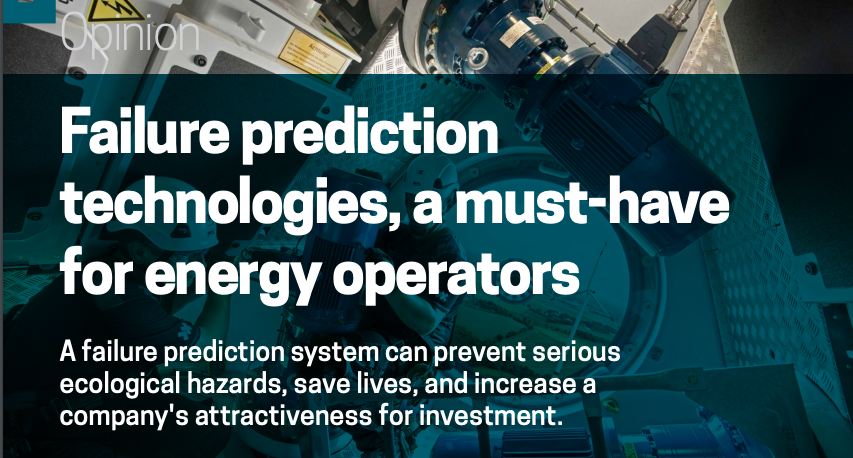 A failure prediction system can prevent serious ecological hazards, save lives, and increase a company’s attractiveness for investment.

Much has been said about the importance of adopting cleaner energy sources; from decarbonized electricity to the repurposing of refineries for biofuels production. The energy transition is undoubtedly transforming the needs of energy developers and operators.

However, changing from a particular energy source to another also means changing infrastructure. It is a much more challenging task as it requires transforming the generation, transmission, and distribution assets.

Such a transformation would be particularly hard for the oil and gas sector. Since much of the oil pipelines and refineries across the U.S. are nearly 100 years old. Another need in the energy industry has risen: to strengthen the existing infrastructure.

Failure prediction is a solution for that. In an increasingly digital and interconnected world, people rely more and more on uninterrupted electricity. However, aging assets can be a hazard for that. Moreover, power outages can severely damage the economy. According to the Energy Information Administration, power outages cost the U.S. economy $28 billion to $169 billion annually.

Decades-old infrastructure, in addition to increased environmental threats, can lead to configuration maladies or fully adverse performance. However, there are many factors at play during a power outage; geography, weather, condition of the cables are just some of them. Such several factors lead to a lot of variables and uncertainty. And that is precisely where failure prediction comes in handy.

Through digital tools and self-learning software, a failure prediction system can close the gap of uncertainty, assuring service reliability while providing the operator with valuable information of the condition of the assets, as many times, aging does not follow a linear process.

Therefore, a failure prediction system, equipped with high-end sensors and controls, reduces the failure rate and
produces data so the operator can know where it is coming from. Moreover, the system can alert the operator before the failure happens through Digital Twins and other digital asset solutions.

For example, in the case of wind turbines, or motor-driven machines, an early sign of failure is the increased power draw. Such an increase would happen before the turbine starts overheating. A failure prediction system would alert the operator of that increase and predict future failures assessing and processing data.

As a result, the overall reliability of the asset increases, directly reducing financial, regulatory, and environmental risks. This would be particularly relevant in high-risk assets, such as mines underground or offshore oil platforms.

In California, the combination of dry heat with high wind speeds, added to the malfunction of an electrical asset, can spark a deadly wildfire. Consequently, by adopting a failure prediction system, a company attracts investment attention, improves financial performance, and maintains high ESG standards.

Furthermore, a company could benefit from reaping performance incentives from regulatory authorities instead of paying fines due to failures. As for the environmental, social, and governance standpoint, a failure prediction system could save workers’ lives and prevent severe ecological hazards like fires, or oil leaks, which causes lawsuits and several other problems. That’s why the adoption of this technology is so relevant today.