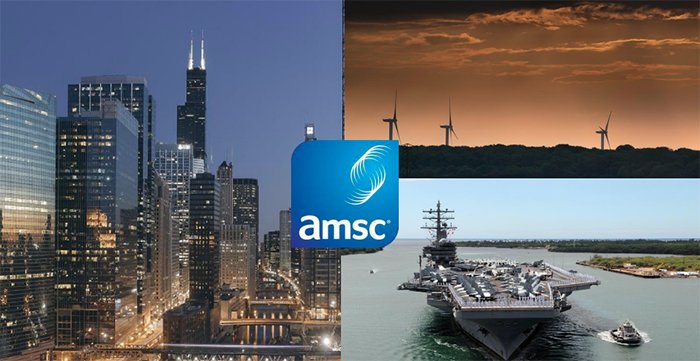 AMSC is the leading system provider of megawatt-scale energy resilience solutions, which orchestrate the rhythm and harmony of the energy grid™. And they protect and expand the capacity of our Navy’s fleet. The company announced the signing of a delivery contract with Huntington Ingalls Industries through its Ingalls Shipbuilding division. For a high-temperature superconductor (HTS) based vessel protection system. Which they will deploy on the San Antonio class amphibious dock transport ship, LPD-32.

AMSC has agreed to deliver the degaussing system to Ingalls Shipbuilding Facility in Pascagoula, Miss. This is for integration into the LPD-32, the third ship of the new generation of “Flight II” amphibious warships of the San Antonio class.

AMSC’s innovative demagnetization system consists of a smaller, lighter, higher-performance High-Temperature Superconducting (HTS) cable. This system eliminates 50% to 80% of the system weight with significant energy savings. The system is designed to reduce a vessel’s magnetic signature, which can interfere with the ability of underwater mines to detect and damage the vessel. The San Antonio-class ships can carry up to 800 soldiers. And they also can carry and land air landing craft or conventional landing craft. Augmented by helicopters or vertical takeoff and landing aircraft such as the MV-22. The company is looking for these ships to:

AMSC generates the ideas, technologies, and solutions that meet the world’s demand for smarter, cleaner energy™. Through its Gridtec™, Marinetec™, and Windtec™ Solutions, they are improving the performance and reliability of power grids, increasing the operational safety of naval fleets, and powering gigawatts of renewable energy around the world. Founded in 1987, AMSC is headquartered near Boston, Massachusetts, and operates in Asia, Australia, Europe, and North America.

It can be of your interest: Renewable low-carbon hydrogen produced by TotalEnergies and Air Liquide at the Grandpuits Zero Crude Platform

ERCOT made a $16 billion mistake during the...