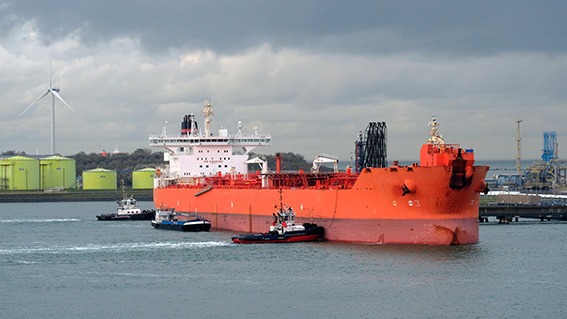 The estimation comes a week after the EIA published a detailed paper on oil tanker rates and how de demand for off-shore storage has increased and decreased so much during this year.

The paper explains how crude oil production cuts from OPEC+, which started in May, some months after the coronavirus crisis shook the globe, had an impact on oil storage rates. Because of this, in September 2020, tanker rates were at their lowest point since 2003.

However, months earlier, between March and May, rates peaked dramatically due to the reduced demand and the increase in inventories on onshore storage.

“As onshore inventories increased, market participants turned to use oil tankers to store oil, which is typically more expensive than onshore storage,” the report says.

Oil tanker rates at its lowest since 2003

That peak is only comparable to the spike of rates in October 2019, when the U.S. sanctioned China Ocean Shipping Company. Rates remained at a high point all through March 2020 and remained elevated through May.

The EIA report explains that: “a significant portion of the estimated global stock build that occurred between March and July was the rising volumes of crude oil in floating storage.” Practice that, according to ClipperData increased this year up to 222 million barrels on July 9, from 66 million on March 1.

This shift in the storage practices of the industry elevated the rates. Now that the market is more balanced, rates got lower and lower, until they hit their lowest point since 2003, in September this year.

In that month, tanker rates of the Arabian Gulf-to-Japan, one of the most important routes of the industry, fell to $5.50 per metric ton. The forecast from the EIA states that this rate will remain low, maybe through 2021. Or at least until global demand for petroleum product peak.