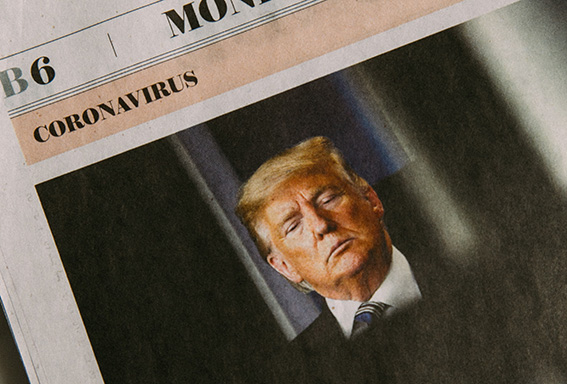 President Trump is considering to promote an executive order in favor of fracking activities. Such an order would mandate to analyze and highlight the economic impact of fracking in the U.S. economy.

According to senior administration officials, the President aims to earn more support from election battleground states such as Pennsylvania. Through pro-fracking policies, Trump highlights his support for the energy industry.

Possibly of your interest: 9 KEY ELEMENTS OF JOE BIDEN’S PLAN FOR A CLEAN ENERGY REVOLUTION

What the order would set

The proposed executive order would require government agencies to analyze fracking’s impact on the economy. The research must also include projections regarding the consequences that a possible ban on the activity would cause on trade.

Furthermore, the order would mandate agencies to explore technical possibilities to expand fracking’s use, possibly through supporting actions towards developing technologies and land management.

Officials added that the order and its details are still under discussion. In that regard, White House spokespeople haven’t declared anything. However, Judd Deere, an official spokesman, said Trump would prioritize domestic energy production, including fracking, to enhance America’s energy autonomy.

Analysts observe such an order will mark a political contrast between Trump and his Democrat counterpart and presidential challenger, Joe Biden. In the last election debate, the former vice president opposed fracking on federal lands, representing only a small part of the U.S. overall production.

Mr. Biden has repeatedly called for Americans to shift from oil dependence to an energy transition. In that regard, the Democrat stated he would invest $2 trillion in that transformation during his first 4-year term for the U.S. to tackle climate change’s environmental harms.

However, fracking is still crucial in many swing states such as Pennsylvania, Ohio, and Wisconsin. According to officials, Trump’s proposed order would recognize the broader impact of fracking throughout the U.S. supply chain.

Relevance for the election race

The steel industry remains essential in Ohio and Pennsylvania, where pipeline construction still represents an opportunity for technical and skilled workers. In Wisconsin, mining activities nurture fracking through sands to prop open cracks in the shale rock.

In that regard, the pandemic is crucial since it has resulted in multiple bankruptcies for those businesses. Given the context, what those industries need right now is stability and certainty.

For instance, in 2016, the President won Pennsylvania because he promoted and engaged heavily with gas drilling activities. Book thinks Trump could implement the same strategy for other swing states.

The WSJ also asked Biden’s campaign about the potential executive order. The Democrat’s team answered they consider the President should focus more on the coronavirus pandemic than on a commissioning study. They added that Joe Biden wouldn’t ban fracking.

Air Liquide to be main partner of Energy...

WoodMackenzie – What will shape the energy world...