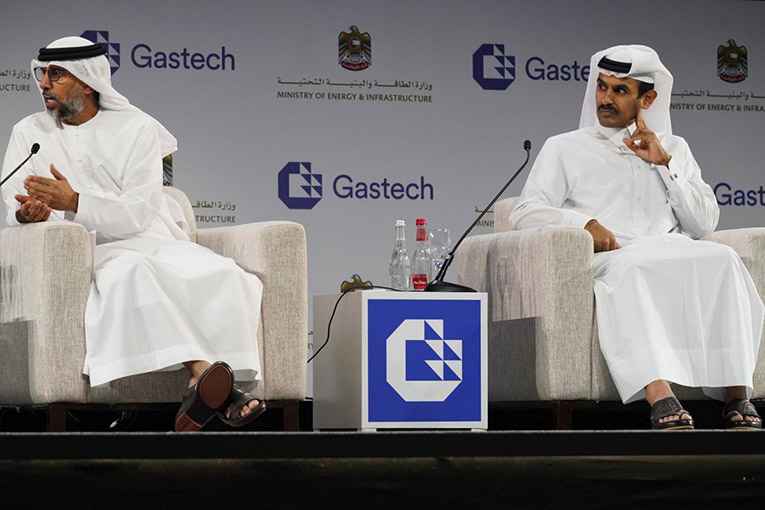 The Gastech Conference was celebrated this Tuesday in Dubai. During it, several energy executives gathered for the first time since the pandemic started. One of the high points of the summit was the gas prices spike, a worrying satiation for many executives.

As we have reported previously, gas prices have increased almost 280% in Europe this year. In the United States, the spike is almost 100%. A colder than expected winter by year’s end, as well as a near-term spike in inflation, could further boost gas prices, which could be a severe burden for the world’s economy, just recovering from the pandemic.

During the Gastech Conference, executives agreed that the market must reach an equilibrium on the price; a “sweet spot” wherein executives, industry leaders, developers, and consumers are comfortable. A price good enough to boost investment and is acceptable for consumers.

According to Reuters, the Chief Executive of Malaysia’s Petronas, calculated such a “sweet spot” on the $7-$8/mmBtu. “Natural gas needs to be embraced as a transition fuel. A decarbonized future does not mean a hydrocarbon-free future,” Tengku Muhammad Taufik said. Meanwhile, OPEC Secretary General Mohammed Barkindo blamed high prices on the shift to renewable energy sources.

Also recommended for you: Denbury inks agreement with Mitsubishi for CO2 management. Click here to read.

In contrast, the average LNG price for November delivery into Northeast Asia was $24-$25 per metric million British thermal units (mmBtu) last week; while benchmark European natural gas prices have surged to around $25/mmBtu from around $6-7/mmBtu at the start of the year.

On the other hand, for Qatar’s energy minister, Saad al-Kaabi, the situation is indeed not a crisis. He said to believe high gas prices reflect a lack of investment, as well as a shortage of supply. “I don’t think it is a crisis (yet). Unfortunately, in my view, this price spike is due to the market not investing enough in the industry.”

Furthermore, Qatar’s energy minister, as well as the CEO of the state-owned Qatar Petroleum, also remarked. “We don’t want these high prices: we don’t think it is good for consumers. We don’t want $2, and we don’t want $20. We want to have a reasonable price that is sustainable.” In addition, United Arab Emirates energy minister Suhail al-Mazrouei also said. “New investments need to be there; we are talking about investments to the north of a trillion dollars to satisfy (demand) requirements for the years to come.”

Finally, for the French energy group, Engie, the gas price spike was definitely “not good news”. CEO, Didier Holleaux, said he was worried that current gas prices might continue for the foreseeable future with gas storage levels not as high as usual for this time of year. “Hopefully the start of the winter will not be so cold in the northern hemisphere. If not, we are in trouble. Forecasts for temperatures in three months’ time are just the worst.”