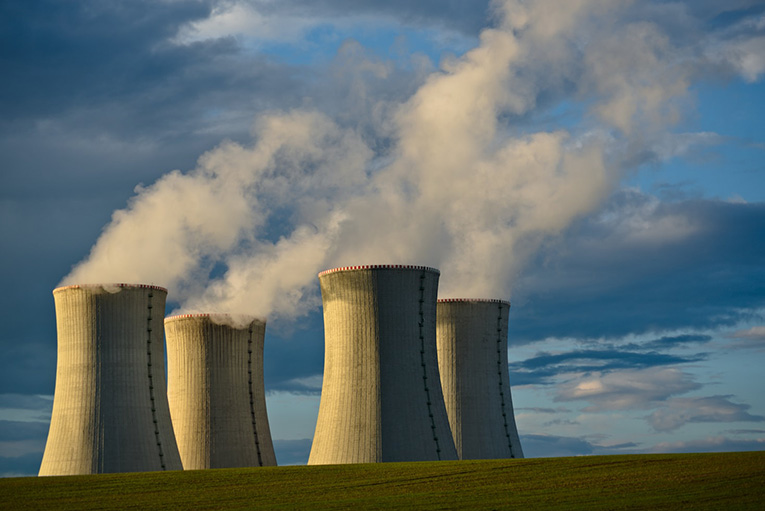 GE Hitachi Nuclear Energy and BWXT Canada Ltd announced this Tuesday they have teamed up to support design improvements of the BWRX-300 small modular reactor (SMR). The partnership would accelerate the adoption of the device in Canada.

Firstly, GE Hitachi Nuclear Energy (GEH) is a world-leading provider of advanced reactors and nuclear services. The company has been very active in SMR’s, securing agreements with the U.S. Department of Energy and Cameco to advance improvements for these devices.

In particular, the agreement with BWXT Canada will advance engineering and procurement for the BWRX-300 model; which leverages the design and licensing basis of GEH’s U.S. NRC-certified ESBWR.

However, the new model has a dramatic and innovative design simplification that reduces its costs; consequently, lowering the capital cost per megawatt when compared with other SMR models. The BWRX-300 is a 300 MWe water-cooled, natural circulation SMR with passive safety systems.

Moreover, if the new model is selected for deployment at Ontario Power Generation’s Darlington Nuclear Generation Station, BWXT Canada could provide detailed engineering and design for its manufacture. In fact, it could ultimately supply certain key reactor components for its manufacture in Canada.

In addition, the agreement between GEH and BWXT builds on a MoU that both companies signed in June 2020. Furthermore, the agreement intends to position the new SMR model as the lowest-risk, most cost-competitive, and quickest to market solution for nuclear energy.

About the matter, Jay Wileman, President & CEO, GEH, said. “This agreement with BWXT Canada is a significant milestone in our efforts to build a Canadian supply chain to advance the deployment of the BWRX-300 in Ontario.”

The executive also noted that the ability of BWXT Canada to manufacture these models would establish Ontario “as a global manufacturing hub for our highly engineered equipment.”

On the other hand, John MacQuarrie, President of BWXT Canada, said. “GEH recognizes that our unique engineering and manufacturing capabilities are readily adaptable to support deployment of the BWRX-300 in Canada.”

Finally, he concluded. “Entering into this relationship with GEH provides BWXT Canada with the opportunity to participate in the deployment of BWRX-300 SMRs around the world.”

Digital Twin among the most useful tech during...

Alberta to host up to 1 million bitcoin...

Amp to install 100MW of community solar in...