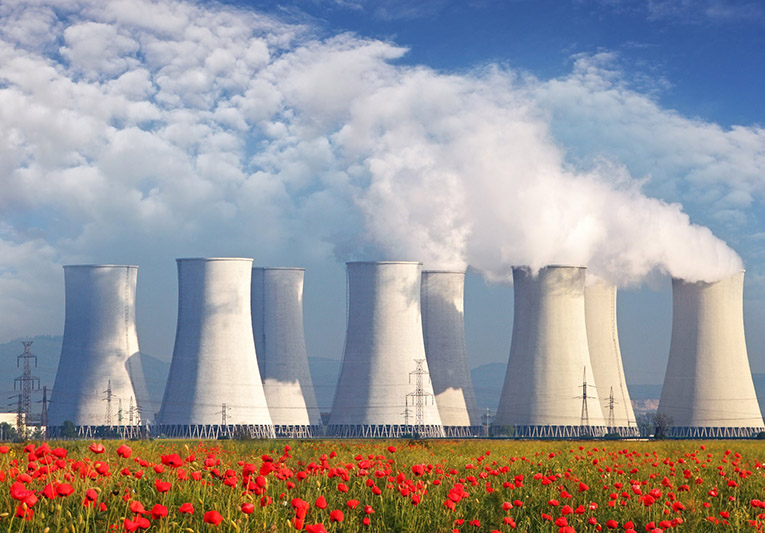 Cameco, GE Hitachi, and other partners announced this Thursday the signing of a Memorandum of Understanding to evaluate the potential of nuclear Small Modular Reactors in Poland. The agreement would help the creation of a uranium supply in Canada, capable of serving such potential abroad.

The agreement would particularly supply a fleet of BWRX-300 SMRs. These are 300 MWe water-cooled, natural circulation reactors that leverage the design and also licensing basis of GE Hitachi U.S. Moreover, the models feature a dramatic design simplification. It requires significantly less capital cost per MW when compared to other SMR designs.

In the first place, the complete list of partners includes Cameco and GE Hitachi Nuclear Energy, as mentioned, but also GEH SMR Canada and Synthos Green Energy (SGE). The MoU in question came as the companies could establish synergies to advance SMRs adoption in Canada and Poland.

On the one hand, Synthos is a synthetic rubber manufacturer and one of Poland’s biggest producers of chemical raw materials. Moreover, in 2019 the company had already agreed with GE Hitachi on the potential development and possible applications for the BWRX-300 in Poland. Thereafter, in 2020, both companies signed to advance their cooperation further.

On the other hand, Cameco supplies uranium, uranium refining, and also conversion services to the nuclear industry worldwide. In mid-July, Cameco, GE Hitachi, and Global Nuclear Fuel-Americas also agreed on the matter. They committed to exploring areas of opportunity for the adoption of the BWRX-300 SMR models in Canada.

Such a platform allowed the agreement announced today. About its true potential, Rafał Kasprów, President of the Board of SGE, said. “SGE is working closely with GEH to identify supply chain opportunities in Poland that complement the export capabilities being developed in Canada for the BWRX-300, which could enable us to successfully deliver carbon-free electricity to the grid.”

In addition, Jay Wileman, President & CEO, GEH commented. “Through our collaboration, we look forward to the opportunity to bring carbon-free energy generation to Poland and support the creation of valuable uranium supply jobs in Canada.” He also remarked. “GEH is honored to be working with Cameco and Synthos Green Energy to deploy the BWRX-300.”

Finally, Cameco president and CEO Tim Gitzel concluded. “This MOU is a great example of the kind of innovative solutions businesses like Synthos Green Energy are exploring and how SMRs could contribute to industry-driven efforts to decarbonize.”

Conoco to sell oil and gas properties in the Central Basin: Reuters

SHV Energy and UGI team up for new...