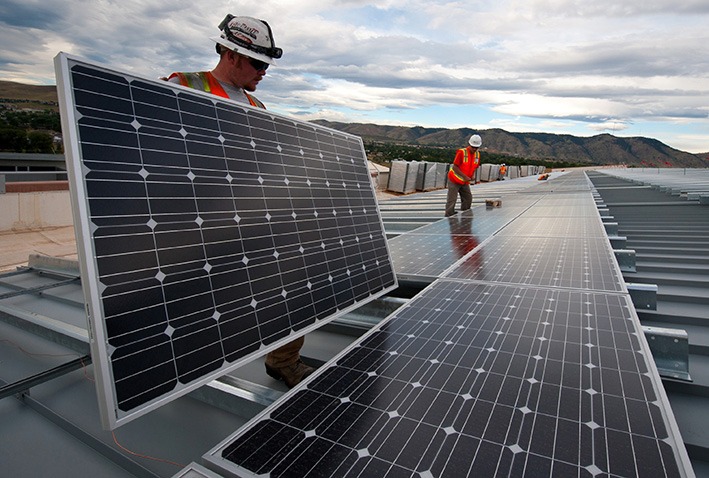 The 15 MW solar complex from Greenskies Renewable Energy is facing an environmental dispute in Connecticut. According to a local group, it endangers two brooks that feed the Niantic River and remains a threat to the area’s watershed.

Last week, the project proposal was voted 3 to 1 in favor of construction in the state’s Siting Council. The approved project would be a 15.3 MW solar complex with more than 46,000 solar panels.

The facility would be located along 75 forested acres on Oil Mill Road in Waterford. Originally the proposal from Greenskies was for a 16.78 MW complex on 98 acres, but the Council denied the petition.

Sitting Council argued that the project did not have strict stormwater controls. Greenskies changed the original design, with the help of an engineer, to fit the Council’s regulations. This proposal is the one finally accepted.

Nevertheless, for the Save the River-Save the Hills environmental group, the 15 MW solar complex remains a threat to the area, as erosion from the construction area will damage and pollute the Oil Mill and Stony brooks, which drain into the Niantic River.

Not the first Solar Complex to face legal issues

“Solar is supposed to be helping environmental issues, not causing them, this is taking down core forest to put up solar panels, and endangering two top-quality trout streams,” said Deborah Moshier-Dunn, Save the River’s vice president, quoted by ENews Network.

This is not the first legal battle that renewable projects face in Connecticut. Concerns about the rapidly expanding complexes are rising more and more in the state.

State’s Department of Energy and Environmental Protection has issued three cease-and-desist orders to solar projects, under the argument that they impact the soil and the environment, thanks to aggressive construction plans and lack of pollution and water controls.

Regulatory efforts by the Department of Energy and Environmental Protection are getting tougher; they have established new guidelines on how to calculate water volume runoff and how to address slope steepness.

A revision for these guidelines is yet to be finalized for the Greenskies project, but, for some experts, these new-established controls won’t solve the problem. “These issues come into play with forested sites because they’re clearing, digging up stumps, pulling off topsoil. In my opinion, there are going to be more problems with these large arrays,” said Steven Trinkaus, a civil engineer who consults with Save the River.

For Leo Hoffman, Greenskie’s lawyer, the arguments from Save the River do nothing but “disparage the evidentiary record with baseless and unfounded conclusions, devoid of any scientific or mathematical support.”

Final approval for the project is yet to come, and with new regulations, its construction is expected to begin by the spring of 2022.

“Aiming for Zero Methane Emissions Initiative” by the OGCI.