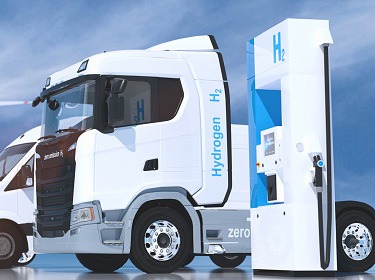 The U.S. has given a hard blow on diesel, oil, and natural gas with a $100 million initiative for developing green hydrogen and fuel cell truck. This plan is aimed to push away the growing diesel market in the long-haul transportation sector.

They call for an incentive of 2+ billion to accelerate the production and deployment of thousands of zero-emission vehicles and truck fleets during the next five years.

The coalition formed by famous automakers like Ford, Volvo, and Daimler, also gathered some cleantech startups and stakeholders like BYD Motors. The initiative was a bit surprising because of the ruling’s timing: just one day after ZET issued their letter.

This $100 million plan is set to phase diesel out of the market, especially in the long-haul transportation sector. That is growing rapidly.

“We need to continue to drive costs down if we want to accelerate large-scale deployments across the country”. Said Daniel R Simmons, Energy Department’s Assistant Secretary for Energy. He announced the initiative that also includes the development of fuel cells.

While this was good news for environmentalists and the renewable energy sector, it was like a nail to the coffin for the downstream sector. It is still struggling hard to recover after the price and demand crash all over the world.

Recommended to you: Big Tech companies aim to be carbon-neutral by 2030

Experts and journalists think that this might hit on existing jobs in the diesel industry; also, there is the question about the hydrogen origin. As we know, hydrogen is just as green as the material used to produce it.

If It’s produced with natural gas, it is called blue hydrogen; if with coal it’s called grey hydrogen, but with renewable energy, it is green hydrogen.

With this push, the natural gas industry might have a good take, considering that the primary source of hydrogen is natural gas, but, as renewables’ prices keep dropping, using water, gas, or even fossil fuels for the electrolysis sounds unlikable.

Despite all of this, the initiative will require diligence from the DOE and ZET, even from the industrials and concerned citizens, to ensure this ruling survives and actually fulfills a transitioning energy sector’s needs. And not just as a push up for the gas industry that will serve shale producers very much.