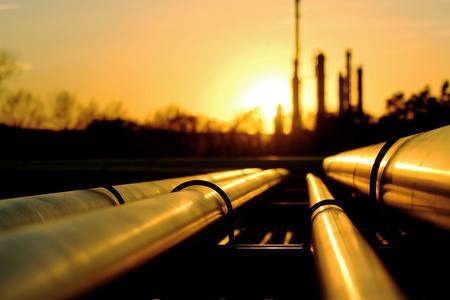 These exports are transported by pipeline and have covered the offsets in Mexican imports of liquefied natural gas (LNG) and the relatively small declines in their LNG production.

During the last five years, Mexico has been the largest destination for U.S. LNG since the surpassing of Canada in 2015.

In fact, U.S. exports have displaced other sources of Mexico’s LNG, including additional and more expensive imports from other countries.

All of which have declined more significantly since march when the Covid-19 pandemic hit Mexico for the first time.

Both of these sectors declined in their use of LNG after the measures taken by the Mexican government to contain the coronavirus spread.

In May 2020, the total consumption of LNG in Mexico fell to 7.5 billion cubic feet per day, the lowest monthly volume since December 2016.

Nevertheless, by August 2020, Mexico’s consumption of liquified gas started to recover. It even surpassed the average of last year’s same period by 10% in the industrial sector and 5% more in the electric power industry.

According to Mexico’s National Center for Energy Control (CENACE), 61% of the country’s electricity is generated with natural gas; and year after year, these number increases, slightly displacing other sources like coal or fuel.

The EIA also reports that with the new segment of the Wahalajara pipelines, completed in June 2020, natural gas exports to Mexico rose to 5.9 billion cubic feet per day. An increase of 0.8 Bcf/d compared to the 2019 average of the same period.

Follow the money: Where is the energy capital going in the next five years?

Shell confirms it will appeal The Hague climate...