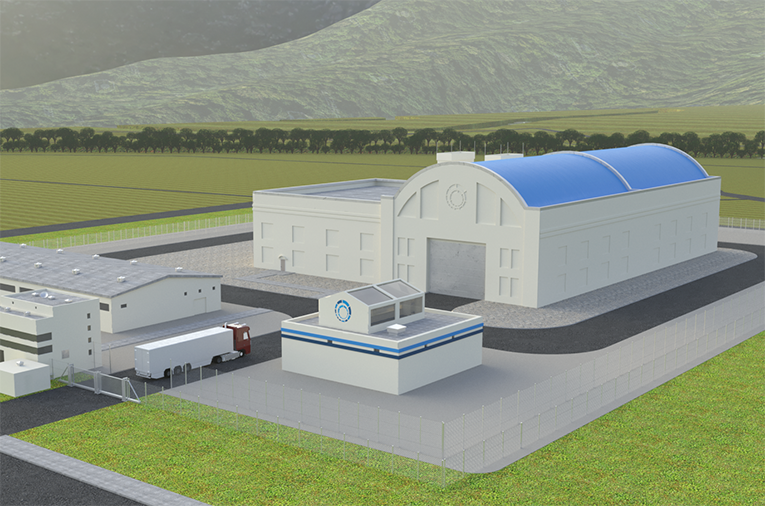 A low-power nuclear reactor will be developed in Tennessee by Kairos Power, the nuclear energy technology and engineering company. It announced today that it will develop and deploy the project in Oak Ridge, Tennesee. The project had the greenlight from Tennessee Gov. Bill Lee; and the Department of Economic and Community Development.

Firstly, the investment that Kairos Power will exercise for the projects, amounts to a $100 million, and it will create 55 jobs during the deployment phase of the reactor; specifically, it will be located at the East Tennessee Technology Park in Oak Ridge.

Secondly, the reactor has the name of Hermes, and it will demonstrate the company’s capability to deliver low-cost nuclear heat.

Thirdly, the Hermes reactor is in fact a scaled version of Kairos Power’s Fluoride Salt-Cooled High Temperature Reactor (KP-FHR); which is a top-notch technology that aims to be cost competitive with natural gas in the U.S. electricity market in order to provide carbon-free, affordable and safe energy.

Moreover, the project will be a redevelopment of a site at the Heritage Center, a former U.S. Department of Energy site complex. According to the statement, the reactor would be operational in 2026.

In addition, it will move forward Kairos Power’s iterative development process from prototype toward commercial scale; by demonstrating complete nuclear systems. The scaled development would also advance Kairos Power’s manufacturing capabilities for critical components; as it would be a test for the supply chain and it would facilitate the licensing certainty for the KP-FHR.

Furthermore, Kairos Power is not the sole investor for the project; the U.S. Department of Energy funded the project with $303 million; DOE’s Office of Nuclear Energy and its program for Risk Reduction supported the design, licensing and construction of the Hermes low-power demonstration reactor.

Consequently, Hermes will truly lead the development of Kairos Power’s reactors into a commercial-scale; this also speaks about Kairos’ mission to accelerate the development and adoption pf nuclear energy. In fact,

Finally, Kairos Power CEO and Co-Founder Mike Laufer, said. “The opportunity to demonstrate Kairos Power’s advanced nuclear technology in Tennessee is a major milestone on the path to a clean and affordable energy system in the United States.”

Amazon leads for 2nd-year clean energy procurement in the US

BP in talks with Eni to sell its...