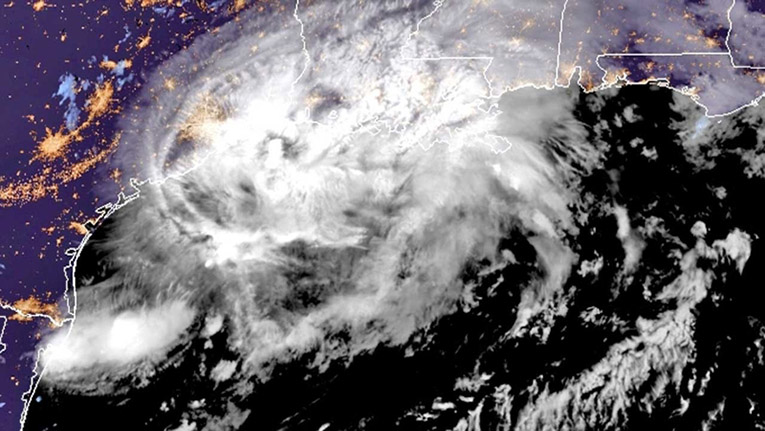 Hurricane Nicholas briefly disrupted power and gasoline networks in Texas and Louisiana this Tuesday after it landed on South Texas as a category one hurricane. Although the disruption power of the storm was not like the hurricane that hit the region two weeks before, the oil and gas sector is still slowly recovering from Ida.

As we reported previously, Royal Dutch Shell halted production at its Perdido offshore oil platform due to strong winds and heavy rain. At the same time, U.S. liquefied natural gas producer Freeport LNG said processing at its Texas coast facility was halted, likely due to a power outage.

On the other hand, Colonial Pipeline briefly interrupted its main gasoline and diesel delivery in Houston after power outages. However, activity at the largest U.S. pipeline came back midday this Tuesday. Power outages also disrupted production at Lyondell Basell’s plastics plant in Matagorda County, Texas, according to Reuters.

In contrast, Gulf Coast oil refiners did not experience new disruptions. Citgo Petroleum and Phillips Petroleum said their operations in Texas and Louisiana were continuing. Shell also said its Deer Park, Texas, plant ran through the storm. Nevertheless, over 40% of the Gulf’s oil output remained shut on Monday after Ida. Recovery efforts continue as of this Tuesday.

Also recommended for you: EDF Renewables NA and MEAG/Munich Partner in Two US Renewable Energy Projects. Click here to read.

Hurricane Nicholas not as disruptive, but adds to Ida’s havoc

As outlined above, Nicholas landed as a category one hurricane. However, it downgraded to a tropical storm category as it slowly moved towards the northeast. According to Reuters, the storm will turn eastward on Wednesday over Louisiana, where many energy facilities are still struggling to recover from Ida.

Despite Nicholas’ destruction power was not like Ida’s; over 425,000 customers in Texas were without power due to the storm, including 150,000 in Houston, according to mayor Sylvester Turner. Moreover, vessel traffic remained stopped this Tuesday morning at the Houston Ship Channel.

Moreover, the ports of Houston, Freeport, Galveston, and Texas City were open with restrictions, according to the U.S. Coast Guard. The Port of Houston and Freeport Harbor Channel both reported power outages.

Finally, the ports at Texas and Louisiana set restrictions over the region where Nicholas passed through. Consequently, shippers expect these to add to delays already experienced after Ida.

Solar energy plant to take off in North...