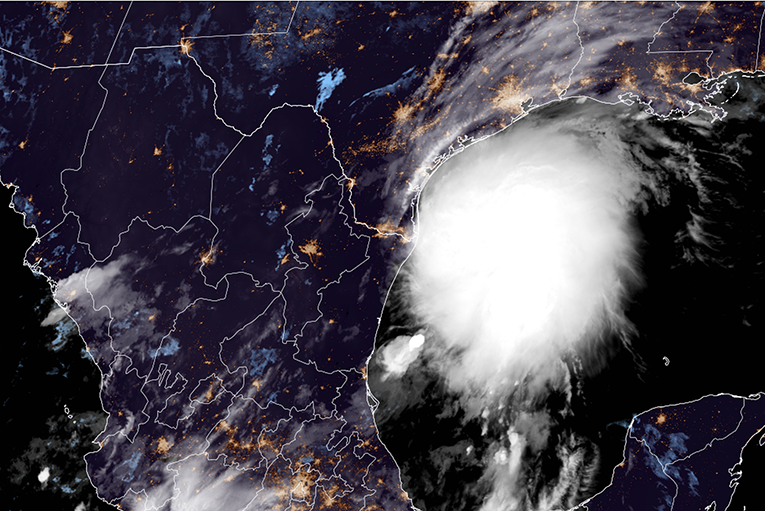 Tropical storm Nicholas is on its way to make landfall in Texas this Monday night. However, according to the U.S. National Hurricane Center, the tropical storm could become a hurricane in a few hours.

According to Reuters, evacuations began on the U.S. Gulf Coast from oil platforms offshore, as well as on onshore refineries in the regions of South Texas. Tropical storm Nicholas aims the Texas coast with colossal power. Its winds are around 70 miles per hour, which could bring flooding and power outages in Coastal Texas and Louisiana.

The National Hurricane Center says that tropical storm Nicholas could cause life-threatening flash floods from up to 12 inches, from Texas to southwest Louisiana. As we reported previously, this new threat is the second that the U.S. oil and gas sector faces in just a few weeks.

In fact, around 40% of the Gulf Coast oil and gas output remains shut after Ida, according to the offshore regulator Bureau of Safety and Environmental Enforcement (BSEE).

Moreover, ahead of Nicholas, Royal Dutch Shell announced it started evacuating non-essential personnel from its Perdido platform, which was unaffected by Ida. Occidental Petroleum also announced the implementation of procedures to safeguard its workers on offshore platforms.

Reuters also reports that shippers were warned about strong winds coming towards the oil export terminals on the Texas coast. Consequently, the Houston Ship Channel halted in and outbound traffic; while the Aransas-Corpus Christi pilots suspended activities due to heavy seas.

In addition, the Coast Guard ordered vessels in the Texas ports of Houston, Galveston, Texas City and Freeport to cease cargo transfers if winds reach 40 mph.

Finally, Phil Klotzbach, a researcher at Colorado State University, said. “The big thing is going to be the rain. It’s going to be a slow-moving storm. When storms move at 5 of 8 miles per hour it can take a while for them to clear out.”

ConocoPhillips to lay off 500 Houston jobs to match activity levels

Virginia to finalize rules for a solar subscription...

Energy poverty fight, an initiative by Ikea and...