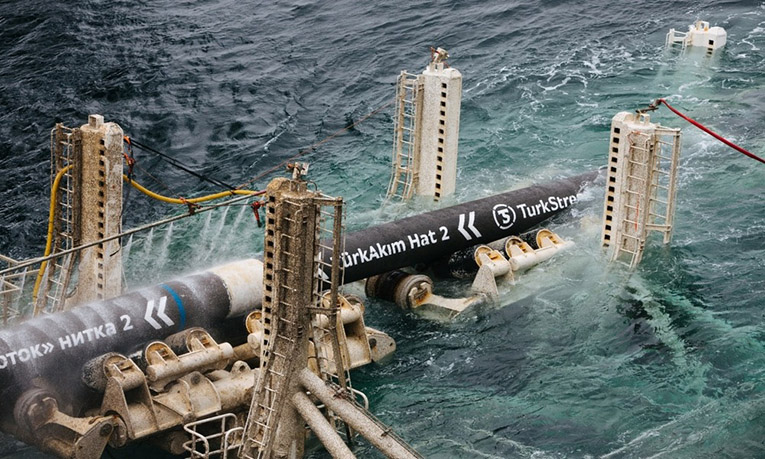 Firstly, the German regulator said this Tuesday that it temporarily suspended the approval process due to the lacking of an operating license by a German subsidiary from the Swiss Consortium behind the project.

Moreover, upon breaking the news, European natural gas prices jumped 9%, according to Reuters. Also, the Dutch front-month contract traded briefly at 89.00 euros/MWh. About the matter, analyst Trevor Sikorski at Energy Aspects said. “This does push back expected timelines quite a bit.”

He also added that it was unclear how long establishing a new company and reapplying for certification would take. However, he said that experts agree that the first flows of gas through the pipeline by the first half of 2022 was very unlikely.

As we reported previously, the Nord Stream 2 is a long-delayed project that intends to bring natural gas to Germany through a subsea line beneath the Baltic Sea. This new line bypasses Ukraine that heavily relies on revenues from energy trading. As a result, the US opposed heavily to the project along different administrations.

Furthermore, other European states say the line will make Europe too reliant on Russian gas; while other European governments say the link is vital to secure energy supplies. Especially as natural gas prices have spiked all across Europe.

On the other hand, Nord Stream 2 said the regulator had notified it about the certification decision. The company added that it is not in a position to comment on the details of the procedure; neither on the duration and impacts on the timing of the start of the pipeline operations.

However, Konstantin Kosachyov, deputy chairman of the Russian parliament’s upper house, told TASS news agency. “Any delays in the pipeline certification, all the more so on the eve of winter, is not in the interests of the European Union; that’s without any doubt.”

Finally, the Bundesnetzagentur said it would only assess an application after transferring major assets and budgets for staffing to a German subsidiary. “A certification for the operation of Nord Stream 2 will only be considered once the operator is organized in a legal shape compliant with German law.”