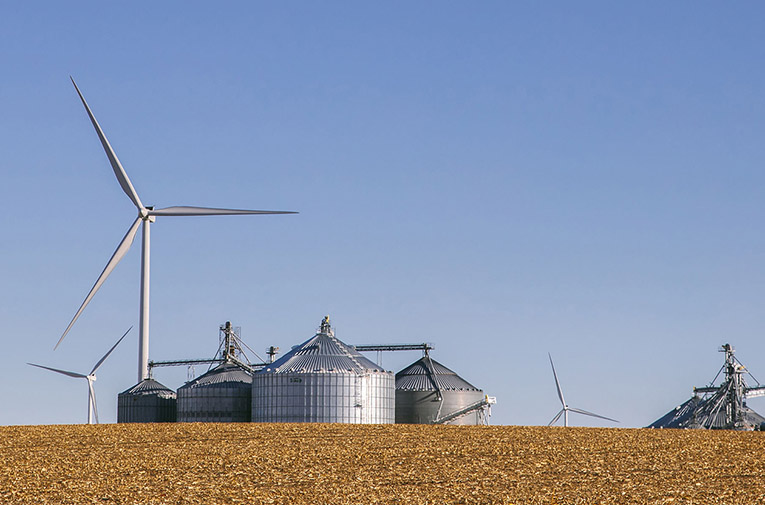 TC Energy announced this Monday it signed a long-term power purchase agreement with the Canadian subsidiary of EDP Renewables; EDP Renewables Canada. The PPA involves the 100% output of the Sharp Hills Wind farm in Alberta.

The wind farm is located in the Special Areas municipality. It is near the hamlets of Sedalia and New Bridgen, in the province of Alberta. The deal between the parties will allow the further development of the wind farm, and eventually, its construction and operation. EDPR, the project’s developer, anticipates the farm will enter operations in 2023.

According to the statement, after the PPA, TC Energy will receive the 100% output of the wind farm. However, it will also receive rights to all environmental attributes. Consequently, the PPA will push TC Energy into a more sustainable energy future.

The wind farm, as said, will have 297 megawatts of capacity. Enough to annually power the equivalent of more than 164,000 average Alberta homes. It will also save approximately two billion liters of water per year. EDPR’s intent is to create also 300 employment opportunities during the wind farm’s construction and 15-20 permanent, local jobs during the project’s operational life.

Also recommended for you: Breakthrough Energy raises $1 billion to drive down costs of clean tech. Click here to read.

TC Energy, on a path to become a provider of choice for carbon-free energy

About the relevance of the project, Corey Hessen, TC Energy’s Senior Vice President, said. “This agreement, which is Alberta’s largest power purchase agreement for wind, is an important step as TC Energy continues to build its renewable energy portfolio.”

He also remarked. “TC Energy is focused on our own decarbonization efforts as well as being the provider of choice for carbon-free energy to the North America industrial, oil, and natural gas sectors.”

On the other hand, Miguel Prado, EDP Renewables North America CEO, commented. “Sharp Hills has been thoughtfully developed for a number of years. I am pleased that with the execution of this contract, we will soon commence construction of the project and supply cost-effective, reliable energy to Albertans for decades to come.”

Finally, Hessen concluded that the PPA would add to further efforts from TC to reach sustainability in the region and to offer cleaner energy to its customers. He said: “This wind project, added to recent agreements in East Strathmore and Claresholm, gives us the capability to offer a variety of renewable energy solutions to Alberta customers.”

Oil production at the Gulf of Mexico set...