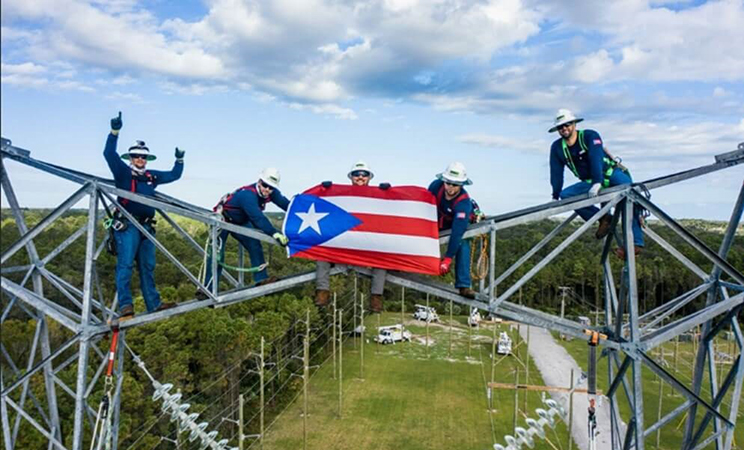 On Thursday, a large fire at the Monacillo electrical substation of Luma Energy, Puerto Rico’s new electricity provider, left without power to hundreds of thousands of residents. Indeed, according to preliminary reports, at the height of the blackout, nearly 800,000 customers were without power.

Moreover, by midnight, roughly 60,000 customers were still in the dark.

In this sense, Luma Energy said in a tweet that “the fire caused major blackouts across the entire island. Thus, the situation is under assessment, and work is being done to restore the system.”

Nevertheless, the blackout and the fire that caused it were not the only crises Luma faced on Thursday. In fact, earlier yesterday, the company announced its client portal and mobile app fell victim to a cyberattack. As a result, the company started to provide disrupted customer access to its online services.

This is called distributed denial of service attack (DdoS). In Luma Energy’s case, this cyberattack generated over 2 million visits per second to the client portal and mobile app. Therefore, this situation impacted many customers’ accessibility to their account information, the Company commented.

Accordingly, Luma Energy said in a statement that it deeply “regrets that its customers experienced the inconvenience the attack may have caused. Besides, it and looks forward to continuing to provide them with an exceptional customer service experience.”

Worth noting, it’s still unclear whether the fire and DDoS attack are connected.

However, the prior energy provider for the island, Puerto Rico Electric Power Authority, also had its own notorious struggles with blackouts. Moreover, the company remarkably faced bankruptcy and overall mismanagement in the wake of Hurricane Maria in 2017.

Throughout this transition phase, Puerto Rico’s officials had cautioned residents to be patient; particularly, since Luma Energy inherited a severely frailed electric infrastructure.

However, according to The Associated Press, even before Thursday’s blackout, more than 1 million customers lost power just this month alone; indeed, not counting those affected by the substation fire.

To investigate the fire, police and fire services went to the scene at Luma’s Monacillo substation located in San Juan. According to preliminary reports on the matter, no injuries have been reported.

As a result, Gov. Pedro Pierluisi said both state and federal law enforcement authorities are investigating. Besides, he added that “whoever is responsible for it will have to answer to the People of Puerto Rico.”

Worth noting, and a cause for concern, is that the blackout comes as the island is still working to vaccinate its residents against the coronavirus. Vaccines must be at a low temperature to remain viable.

However, Puerto Rico’s Secretary of Health Carlos Mellado López said in a tweet that hospital services remain uninterrupted. Besides, he noted that vaccines are still safe; “Our suppliers have generators, and we have over 70 support centers to keep them safe,” he wrote.

Innergex closes financing for its 225 MW wind project in Texas