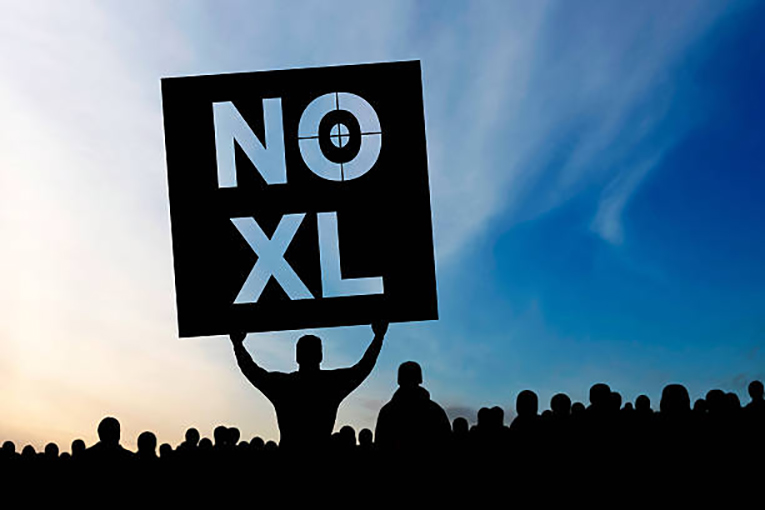 On Wednesday, TransCanada (TC Energy) formally announced the definitive closure of the Keystone XL Pipeline project after months of uncertainty coming from the Biden Administration.

Thus, the announcement ends a more than decade-long battle pushing towards shutting down fossil fuels to address climate change.

Worth noting, and just to provide some color on the topic to those unfamiliar with the Project, the Keystone XL pipeline is already part of an existing transnational network. Currently, it is segmented into phases that cross Canada and the United States.

In this regard, the focus of the recent Keystone project was to develop the Project’s fourth phase. In fact, once completed, the pipeline would have been able to transport heavy oil sands crude from Hardisty in Alberta, Canada, to Steele City, Nebraska via Montana. Moreover, the Project would have led Keystone with a capacity of 830,000 barrels per day (bpd).

Particularly, some of the Project’s benefits were economical. For instance, various estimates suggest that this would have reduced American dependence on Venezuelan and Middle Eastern heavy crude imports by 40%. Moreover, Keystone XL supporters said pipeline construction would have created much-needed construction jobs.

Similarly, the relative environmental cost of transport was attractive. For instance, railway transport costs $1,000 per million barrel-miles compared to $500 by pipeline.

Besides, pipelines represent one of the safest methods for transport. Indeed, the possibilities to manifest a spill are significantly low compared with that of truck or rail. Furthermore, novel satellite-based monitoring and high-tech controls systems pipelines mean less severe spills when they do occur.

On the other hand, several environmentalists opposed the pipeline in part because of the use and transportation of oil sands crude from Alberta. Accordingly, experts argued that this oil type requires more processing than most oil; therefore, it produces more greenhouse gas emissions.

Indeed, Alberta’s oil sands have an estimated 17% greater emissions than other sources.

In this sense, producers will push to continuing transporting extracted oil sands from Canada to the U.S. Indeed, they already do it via rail and truck, the “Not In My Backyard” (NIMBY) approach will backfire. As a result, this will increase both greenhouse gas emissions and environmental safety concerns.

Important to note, TC Energy begun construction on the pipeline last year. Until now, the company built about 300 miles of the $8 billion Project.

The tradeoffs of the decision – geopolitical and surprisingly, environmental

One key concern among industry experts is that if Canada stops or lowers its exports to the U.S., the likely recipients are China or India; indeed, nations with far worse environmental regulations.

The tradeoffs of the decision – geopolitical and surprisingly, environmental

On the other hand, American refineries will most likely rely on heavy crude imports from Venezuela, Saudi Arabia, and Russia.

Considering the political implications of this decision, according to a byline by energy specialist Ariel Cohen; “President Biden has simultaneously increased the domestic price of energy and widened the divide between the U.S. and Canada.”

As Cohen notes, Keystone XL’s demise by the Biden Administration is contradictory considering its policy to cease opposition to the massive Nord Stream 2 natural gas pipeline. This project, which would connect Russia to Germany, will export gas to the U.S.

Moreover, a tense relationship between Canada and the U.S. will probably come out due to the financial impact of the cancellation. Indeed, the province of Alberta will leave its taxpayers to pay a $1.3 billion tab.

Sempra and Cheniere extend their LNG export licenses by 2050