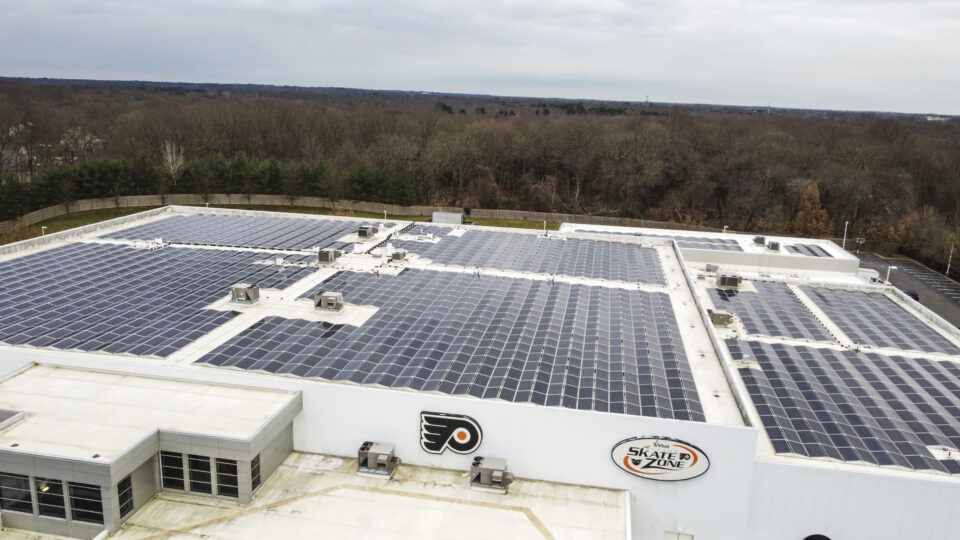 SunPower announced Friday it had completed the installation of two renewable energy projects totaling 1.06MW. Through these additions at the Wells Fargo Center arena and the National Hockey League’s Philadelphia Flyers, Comcast Spectacor aims to advance its commitment to renewable energy and sustainability at two of its facilities.

Installation activities began in May 2020 and were completed in November 2020. Now Spectacor will sell the Renewable Energy Certificates (RECs) from the onsite solar and purchase national RECs to power its facilities with 100% renewable electricity.

“Combined with the activation of wind energy for Wells Fargo Center and our REC purchases; the Flyers will now train and compete in facilities completely powered by renewable electricity; which furthers Comcast NBCUniversal’s ongoing commitment to sustainable innovation.”

Eric Potts, SVP, Commercial and Industrial Solutions at SunPower, said in a public statement; “Comcast Spectacor made a meaningful commitment to increase reliable; clean electricity in the Philadelphia region; and we are proud to help them achieve their mission with solar.”

“It’s not uncommon for a sports team to make an immense impact on its community — but the Philadelphia Flyers are raising the bar by using their footprint to work towards vital sustainability goals.”

Other projects to achieve a sustainable future

The Comcast Spectacor projects are the latest in an ongoing series of sustainability efforts across its facilities. The company’s purchase of RECs will contribute an additional annual reduction of more than 1,700 metric tons of carbon dioxide. That reduction is equivalent to removing more than 370 passenger vehicles driven annually.

“These environmental efforts reinforce the League’s commitment and progress in creating vibrant and healthy communities through hockey for the next generation of passionate fans.”

Another development is the Wells Fargo Center’s 100% renewable electricity initiative, which was achieved through an agreement with Constellation, currently powering the arena with wind.

The wind power generation avoids more than 15,000 metric tons of greenhouse gas annually, equivalent to the amount produced by 3,373 passenger vehicles over a year.

Battery boom in the U.S. will reshape power sector for 2021

ACP CEO states about the January 6th events at the Capitol