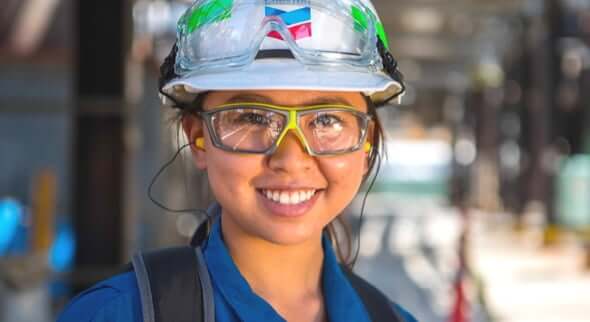 Firstly, Chevron announced in September 2021 plans to acquire a stake in ACES Delta; the joint venture between Mitsibushi Power Americas and Magnum Development; with the goal to promote the green hydrogen storage.

Secondly, Chevron pulled out of plans to acquire an equity interest in the 300GWh green hydrogen energy storage project.

Thirdly, the project recently bagged a US$504 million loan from the Department of Energy (DOE); but will no longer receive investment from Chevron.

ACES Delta will feature 220MW of electrolysers that will convert renewable energy, mainly solar and wind, into up to 100 metric tonnes of green hydrogen a day.

Also, this will be stored in two huge salt caverns with a combined storage capacity of 300GWh.

It is being built to help power a new 840MW combined cycle power plant from cooperative Intermountain Power Agency; which is replacing a retiring coal plant.

We continue to explore hydrogen opportunities, including in the western United States where we have established an early and growing business – and remain committed to identifying and pursuing lower carbon solutions and providing affordable, reliable, ever-cleaner energy.

In addition, the deal will help it grow its renewable fuels production capacity to 100,000 barrels per day by 2030.

Moreover, the decision coincides with oil and gas peer bp’s decision to do exactly that.

Last week, it announced it would acquire a 40.5% stake in and become the main operator of the Asian Renewable Energy Hub (AREH).

Renewables in Latin America receive support from GEAPP and RELAC