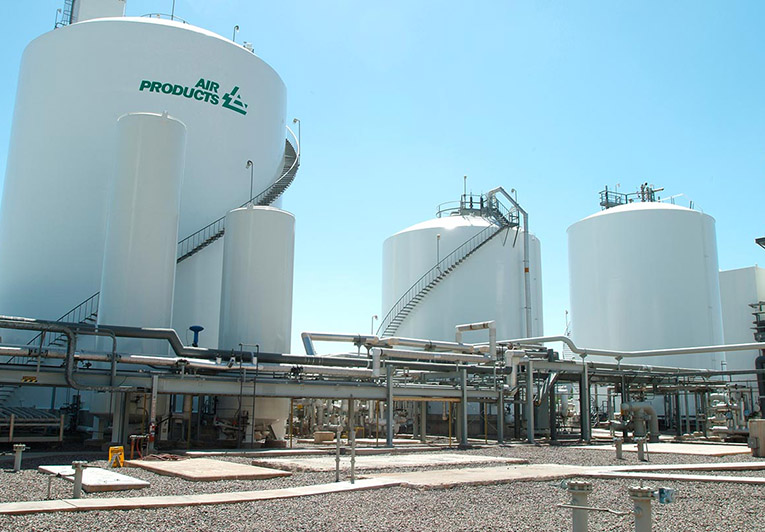 Air Products, a leading hydrogen company and a true pioneer in low-carbon fuels, announced it will build, own and operate a massive blue hydrogen project in Louisiana. The project comes as the company aggressively expands into clean hydrogen production to support industrial decarbonization; it expects to have it operational by 2026.

Firstly, the project will be located in Ascension Parish, Louisiana. It will produce 750 million standard cubic feet per day (MMSCFD) of blue hydrogen. For this production to be “blue,” the company will capture and sequestrate in underground mineral deposits 95% of the carbon dioxide derived from the hydrogen-making process.

Moreover, around five million metric tons per year (MTPY) of CO2 will be permanently sequestered in geologic pore space secured from the State of Louisiana, approximately one mile beneath the surface. In fact, Air Products has already received approval from the State Mineral and Energy Board.

In addition, the megaproject will offer substantial benefits for Louisiana and its workforce. According to the statement, the project will create 170 permanent jobs with a total annual payroll of $15.9 million; and more than 2,000 construction jobs over three years. The $4,5 billion project represents Air Products’ largest-ever investment in the US, indeed.

On the other hand, the production from the new Ascension Parish facility will serve the markets of the US. But also those around the globe. Firstly, the company will compress and supply to American customers a portion of the blue hydrogen. It will transport it through the company’s vast pipeline network. While the other portion will be used to make blue ammonia. The ammonia will be transported around the world and converted back to blue hydrogen for transportation and other markets.

Furthermore, Air Product’s midstream assets are indeed among the vastest in the world. The company’s network stretches to more than 700-miles from Galveston Bay in Texas to New Orleans, Louisiana. Currently, it delivers to US customers more than 1.6 billion cubic feet of hydrogen per day. It does so from approximately 25 production facilities.

About the relevance of the project for the state, Governor John Bel Edwards, said. “This is a major industrial investment that will create quality manufacturing jobs while limiting environmental impacts, a goal envisioned by my Climate Initiatives Task Force.”

He further commented. “This project is a clear demonstration of our ability to grow the Louisiana economy while lowering the carbon footprint of industry.”

On the other hand, Seifi Ghasemi, Air Products CEO, said. “We are very excited about the model this project represents in the broader energy transition and thank the state of Louisiana for its collaboration on the pore space to safely and permanently sequester the captured CO2.”

“This landmark megaproject will not only create jobs but make Louisiana and Ascension Parish leaders in the US clean energy transition. We look forward to building on our long partnership with Louisiana and constructing a facility that will serve as a leading example of clean energy production around the globe.” He also remarked.

Pemex falls back into red numbers despite production...