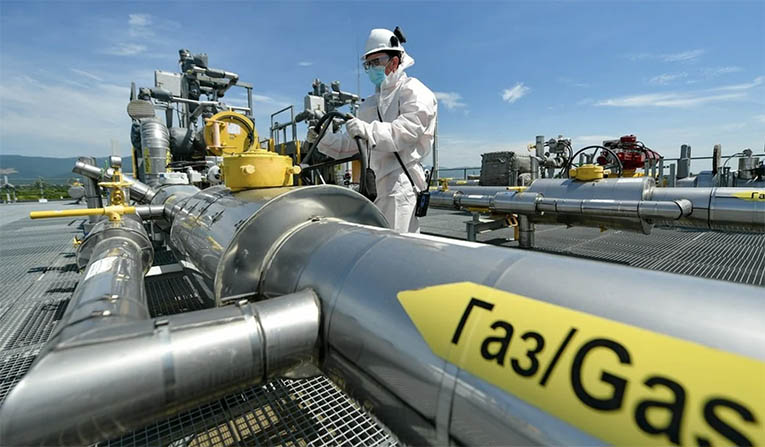 European gas prices rose to all-time highs this Friday, amid tight supply from Russia and a rising demand all across the continent as it gets near to its winter high-demand season. According to Reuters, the November price at the Dutch TTF Hub reached 97.73 euros per megawatt-hour (MWh) earlier today.

Firstly, demand for gas in Europe has surged substantially. Just during this year, natural gas prices climbed 400%. Such a demand came during a time of low inventories with a lot of competition from Asian buyers. China, in fact, has also raised its demand for liquefied natural gas.

In addition, the Russian supply via the Yamal-Europe pipeline fell today around 77%, compared to the previous day’s levels. According to data from grid operator Gascade, Gazprom online booked a third of its available capacity for October.

About the drop, Goldman Sachs said in a note. “Gazprom’s decision not to book for October the full capacity available at one of the main pipelines that deliver gas to Germany poses an increased tightening risk to north-western European gas balances and, hence, further upside risk to TTF prices this winter.”

Consequently, the Russian company faced some criticism. In fact, a group of European Parliament lawmakers has asked the European Commission to investigate the company’s role in the rising prices. They argue that the company might be manipulating the prices to “add pressure to Europe” for a fast launch of the recently completed Nord Stream 2 pipeline.

Also recommended for you: COP26 to be the last best chance to fight climate change: Sharma. Click here to read.

However, the Kremlin reiterated on Friday that Gazprom was meeting all its contractual obligations in full. The company’s gas exports have increased 15,3% year on year during the first nine months of 2021. “Gazprom is supplying gas in accordance with customers’ requests under contractual obligations.” Gazprom said.

In addition, the German utility Uniper, and one of Gazprom’s largest consumers, confirmed that Russia was fulfilling all its contractual obligations.

On the other hand, today’s drop was for around 5,313 megawatt-hours per hour, from the original 22,705 MWh on Tuesday, according to Gascade data. Following the drop, Goldman Sachs lowered its estimated gas storage levels in northwest Europe to 12 billion cubic meters or 23% of capacity by end-March from a previously estimated 32%.

Finally, The Europeans might need to wait for the Russian company to book additional transit volumes; or for the Nord Stream 2 to start operating. However, Uniper does not expect that the operating license is granted rapidly.

Electricity reform in Mexico to be approved on...