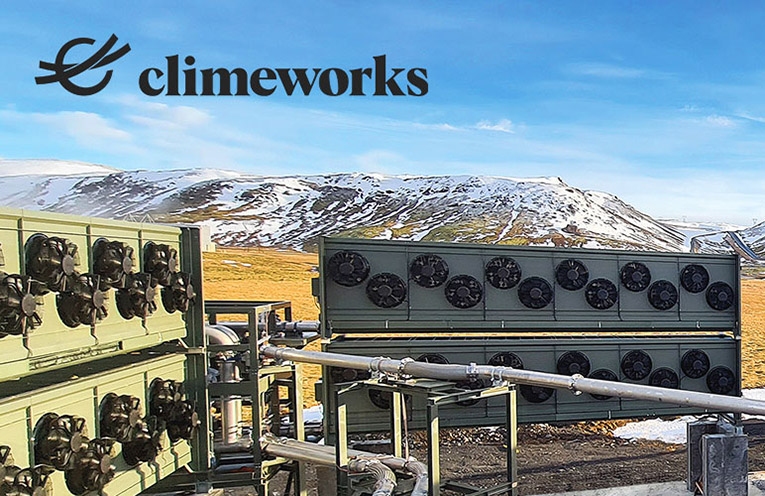 Orca, the biggest CO2 Direct Air Capture (DAC) plant in the world, started operations this Wednesday in Iceland, Climeworks, the company behind the technology said. The plant is also the world’s first to suck up CO2 directly from the air for permanent storage underground.

According to the company’s statement, the construction of Orca started back in May 2020, based on advanced modular technology in the form of innovative stackable container-size collector units.

As these collector units are super powerful with a minimal environmental footprint, the project has been able to start operations in around 15 months. One of the improvements of the Climeworks technology is that the use of steel in the collector units has roughly been reduced by half per output unit.

Climeworks underlines that, due to its efficiency, size, and top-notch technology, the plant is scalable; and can be replicated elsewhere worldwide easily. Indeed, it is a flexible model that relies fully on renewable energy. This first installment is strategically located adjacent to ON Power’s Hellisheiði Geothermal Power Plant.

According to Reuters, Orca has eight large containers, which are similar to those used in the shipping industry. Those containers employ high technology to suck air and filter CO2. Then, the plant injects the CO2 with water and stores it underground so it can slowly turn into rock. Orca, on the other side, is the Icelandic word for energy.

Orca in partnership with Carbfix and ON Power

Due to all of its benefits and improvements to the Direct Air Capture technology; Orca represents a milestone for CO2 management. It has a capturing capacity of 4000 tons of CO2 per year; the equivalent of removing the annual emissions from about 790 cars.

Furthermore, the Orca project comes in partnership with Carbfix and ON Power. ON Power, the Icelandic geothermal energy provider, supplies clean, renewable energy to power the Orca plant. At the same time, Carbix will provide its expertise in rapid underground mineralization so that the captured CO2 mixed with water can turn into mineral in around 2 years.

Christoph Gebald, co-CEO and co-founder of Climeworks says about the project. “We are proud, excited, and beyond delighted to have arrived at this stage in our journey to reverse climate change. Orca is now a reality and it is a result of concerted efforts from every stakeholder involved.”

Finally, Jan Wurzbacher, co-CEO and co-founder of Climeworks said. “Orca, as a milestone in the direct air capture industry, has provided a scalable, flexible and replicable blueprint for Climeworks’ future expansion. With this success, we are prepared to rapidly ramp up our capacity in the next years. Achieving global net-zero emissions is still a long way to go, but with Orca, we believe that Climeworks has taken one significant step closer to achieving that goal.’’