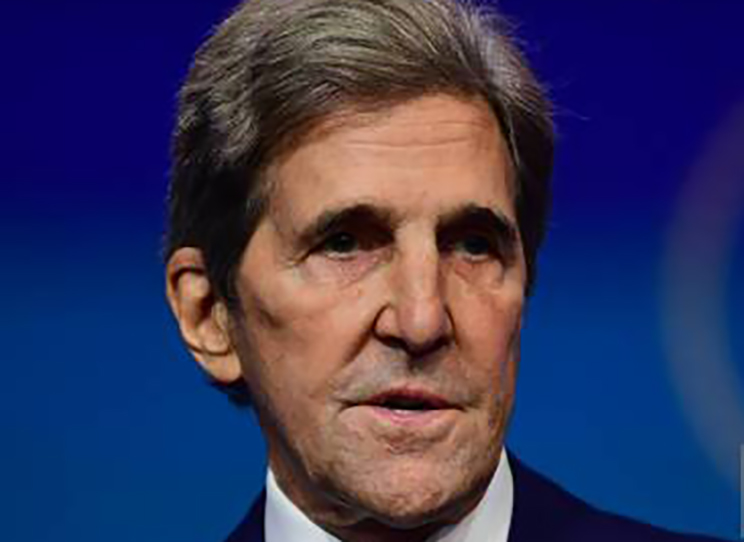 Today, the Biden administration’s envoy John Kerry, said in an interview with Bloomberg Television that the U.S. still hasn’t decided whether to impose tariffs on carbon-intensive imports from China. In fact, other countries were considered within these tax plans as well.

Why a tax on carbon-intensive imports?

In this sense, U.S. envoy John Kerry said that even the decision is still unclear, he is insistently urging Beijing to slash greenhouse gas emissions by different means. Also, the envoy noted, his approach towards China -and the overall’s Biden administration one- includes pushing for a massive shut down of coal plants.

Accordingly, the administration is evaluating a potential carbon border adjustment. Particularly, this initiative comes amid concerns that such a decision could inflame already fraught trade tensions between the U.S. and China. Thus, Kerry told Bloomberg that President Joe Biden wanted to analyze the approach carefully.

In fact, “we want to genuinely understand the implications taken by one group of countries or one country,” said Kerry. Consequently, the administration will assess “how does that affect the overall dynamics of what we’re trying to do on climate.”

Moreover, Kerry noted the Biden administration does not want to affect already very tricky trade waters.” Hence, with a careful approach, “we’ve got to get the answer to that,” he concluded.

About the tax proposal

To provide some picture on the topic, in recent months, congressional Democrats have proposed a tariff on carbon-intensive imports. Particularly, this initiative comes as part of $3.5 trillion tax-and-spending legislation.

In fact, and it is worth noting, this legislation is a move that comes amid growing global interest in an approach to push countries to crack down on their greenhouse gas emissions; specifically, while protecting domestic industries obliged to follow pollution curbs.

Hence, “rather than only paying for the consequences of climate change, the world should coalesce around carving out a new clean energy economy; one that indeed can produce millions of jobs and better quality of life,” Kerry added.

Is a tax enough? John Kerry acknowledges aid is key

As a response to this initiative, money green activists say is essential to advance negotiations with poor developing nations simultaneously. In that sense, the U.S. has yet to provide additional funding to those international actors while pushing for a cleaner energy agenda.

In that sense, Kerry reiterated in the interview that he is pressing President Biden to step up U.S. climate aid. And indeed, some good results have come to fruit.

For instance, Biden vowed in April to spend $5.7 billion annually on climate finance for less wealthy nations. In the past, he also asked Congress to deliver $1.2 billion more to the United Nations Green Climate Fund.

Finally, and even though such actions constitute a significant increase over previous pledges; such an aid still falls far short of what climate activists say is necessary. It also goes behind what other nations have promised in the same period.