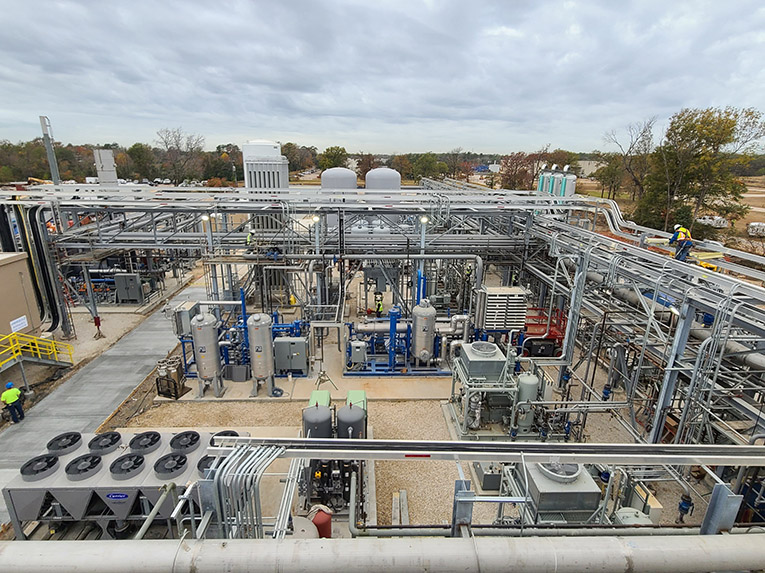 A landfill gas to renewable natural gas (RNG) facility, operated by clean tech and energy integrator Ameresco, has reached commercial operations; the company announced this Thursday the milestone for the plant at Republic Services’ McCarty Road Landfill in Houston, Texas.

Firstly, the facility has a gross nameplate in excess of 1.1 million Dekatherms per year; and is capable of processing 4,500 scfm of raw landfill gas.

Secondly, Ameresco broke grounds on the project back in the second quarter of 2020; then, the company’s team successfully navigated the construction challenges and equipment delays associated with a global pandemic; also, a disruptive hurricane season, to finally reach mechanical completion in December 2020, and commercial operations in May, 2021.

Landfill gas to play a key role in decarbonization efforts

Moreover, about the milestone and the importance of the project for the community; Pete Keller, VP of recycling and sustainability at Republic Services, said. “We are proud of this innovative partnership because it allows us to utilize a natural byproduct of the landfill; to create low-carbon transportation fuels and other forms of renewable energy.”

In addition, according to the company’s statement, the partnership with Republic Services and U.S. Gain; and the operations of the landfill gas plant, will result in a reduction of more than 61,000 tons of CO2, which is equivalent to 103,000 passenger cars removed from the roads; 58 million gallons of gasoline not combusted or 146,000 acres of pine forest conserved every year over the project life.

About such matters, Mike Bakas, executive vice president of Ameresco, said. “We are fortunate to have partnered with Republic Services and U.S. Gain on a project that exemplifies the green energy infrastructure of the future.” He also remarked. “By leveraging advanced technologies to transform the raw feedstock into a readily available renewable fuel source; also, clean energy generated from Republic’s McCarty Road Landfill can now be made available to further reduce our country’s reliance on fossil fuel.”

Owners in the construction industry and the pandemic’s...