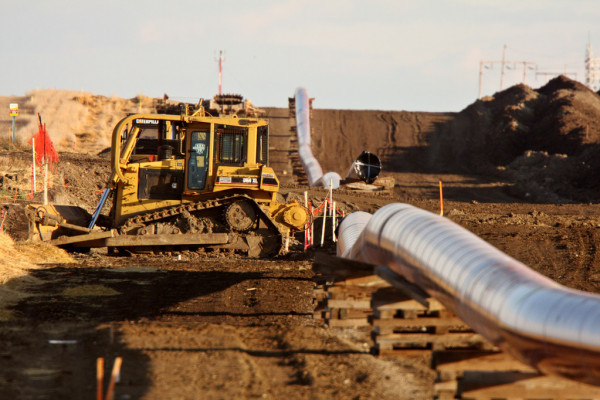 The fate of the Dakota Access pipeline could be decided tomorrow, Friday, at a U.S. court hearing, where federal regulators would trigger a months-long shutdown of the project; while de Joe Biden administration completes a wider environmental review of the project, a Reuters report advances.

Firstly, the project intends to expand its capacity to further 750,000 barrels a day, from current 570,000. However, the expansion plan have been simultaneous to the legal battles in courts. As for now, the market has been increasingly worried about the shutdown.

Secondly, the Dakota Access Pipeline (DAPL) ships its capacity from North Dakota to the U.S. Midwest and Gulf Coast. Since a D.C. court threw out a key permit for the project, it has been in danger to shut down.

Thirdly, the U.S. Army Corps of Engineers, which is in charge of issuing the permit for the pipeline, as it goes under waters, will detail plans for the pipeline at the hearing; just before the U.S. District Court for the District of Columbia.

In fact, it was this court that precisely canceled the pipeline’s permit, back in July. It order it to undergo a thorough environmental review. As the Standing Rock Sioux Tribe and other plaintiffs claim that DAPL greatly harms the ecosystem and their lands from North Dakota to Illinois.

Moreover, Glenn Schwartz, analyst at energy consultancy Rapidan Energy Group, quoted by Reuters, said. “It is more likely than not that the pipeline gets shut down, at least temporarily.”

Indeed, it was Donald Trump who fast-tracked the permitting process and allowed the line to enter service despite opposition from environmental groups and Native American tribes. However, as Joe Biden took the presidency, he axed important projects like Keystone XL, setting a precedent for projects like this, to be shut also.

In addition, Native American groups claim the Dakota Access Pipeline threatens a drinking water supply and should not continue to run; in fact, it was Trump’s U.S. Corps of Engineers who greenlighted the permit for DAPL to operate under the water source used by Native American tribes.

Consequently, since the Corps gave the permit for the Dakota Access Pipeline to cross under Lake Oahe, it has been legally trespassing federal land. Therefore, the odd of it continuing in operations are of 30%, according to Reuters.

Finally, if the line were shut, oil companies in the area would need to rely on existing smaller pipelines and other methods of shipping their crude, like by rail. “U.S. crude markets would be shaken up by the shutdown; it is the primary link from the Bakken to Midwest and Gulf Coast markets,” wrote analysts at BTU Analytics.