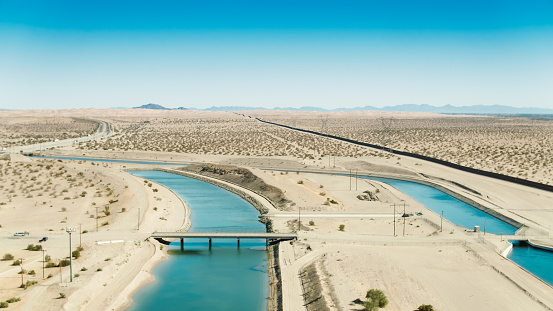 Firstly, the heat waves that strained the California energy system this month, focused attention on efforts to build on renewable energy.

Secondly, California is gradually taking steps to run on carbon-free electricity by 2045. And legislation is pushing for that calls on retail and state-run electricity sold to come from renewable sources.

Thirdly, the transition reached the automotive industry. The legislation pushes for more electric vehicles to be sold and the slow phasing out of sales of gasoline-powered cars.

Significant investments in clean energy infrastructure will be needed to meet California’s renewable energy goals. Still, some, like the state’s oldest irrigation district, are getting creative in how to get there. Irrigation districts are tasked with distributing and managing water that has beneficial uses, like agriculture or drinking.

Moreover, researchers from the University of California and UC Merced found that it is possible to tap into the network of public water delivery canals. In order to conserve water and advance the state’s renewable energy efforts.

As a result, the researchers studied the concept of “solar canals.” It includes assembling a canopy of solar panels to prevent evaporation while generating electric energy. The idea is being tested in an experiment called Project Nexus.

Placing solar panels over the water channels would help reduce the evaporation percentage and boost energy production since water cools slower than land.

Project Nexus is starting small and is mainly a test of whether the research can hold in practice. But the project views the state’s canals as a gold mine for not just energy but information that can inform future energy projects.

In addition, the research suggests that covering California’s canals with solar panels could save up to 63 billion gallons of water. It also, may generate 13 gigawatts of renewable power annually. One gigawatt is equal to the energy consumption of 100 million LEDs, or as others put it, enough to power 750,000 homes.

Also other benefits include reducing weed growth in the canals and replacing diesel-powered irrigation pumps with solar-powered engines. Which lessens the impact on air quality from nitrogen oxide; and tiny particulate matter given off by the diesel pumps.

Although the solar canal idea is new for the region; it’s a sign that “out-of-the-box” ideas are worth exploring to meet the state’s renewable energy capacity.

Finally, California is facing a challenging water future, and it’s the job of researchers to find solutions wherever they can. And solar canals are just one of the solutions that can contribute to drought resilience for the state. The project has a $20 million backing in the state’s current budget. It is expected to be completed in 2023.

Read about energy in U.S. here.