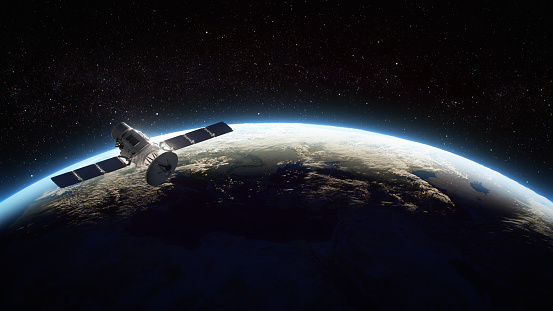 China brings forward the construction of the first solar power plant in space to 2028. The China Academy of Space Technology (CAST), the country’s leading state-owned spacecraft manufacturer, is in charge of the project.

Initially the project includes the launch of a test satellite; it will orbit at an altitude of around 400 km.

The aim of the first phase is to test wireless power transmission technology from space to Earth.

The satellite would convert solar energy into microwaves or lasers and direct the power beams to various targets, including fixed locations on Earth and moving satellites.

The power generated by the test satellite will reach 10 kilowatts. This only covers the needs of a small number of households. But as the project develops, it is possible that the technology may become “an effective contributor to achieving carbon neutrality and peak carbon goals.

This orbiting solar power source will be able to distribute power day and night, regardless of the time of year or weather conditions. However, the space project requires the ability to direct high-power microwaves over significant distances. This requires a huge antenna, potentially thousands of meters long.

Therefore, solar winds, gravity and the movement of satellites could interfere with the transmission of energy, being a challenge for researchers.

We recommend you read: Wave energy converter the next launch from CorPower Ocean

Moreover, among other countries, such as the United Kingdom is also investigating to install a pilot solar power plant by 2035 with its Space Based Energ’ project. And the NASA, in the United States developed several similar projects; that were shelved due to their cost and complexity.

Finally, this energy will be directed to other nations, as an export; or as development aid abroad, especially in areas of humanitarian disaster.

Learn more about the project here.