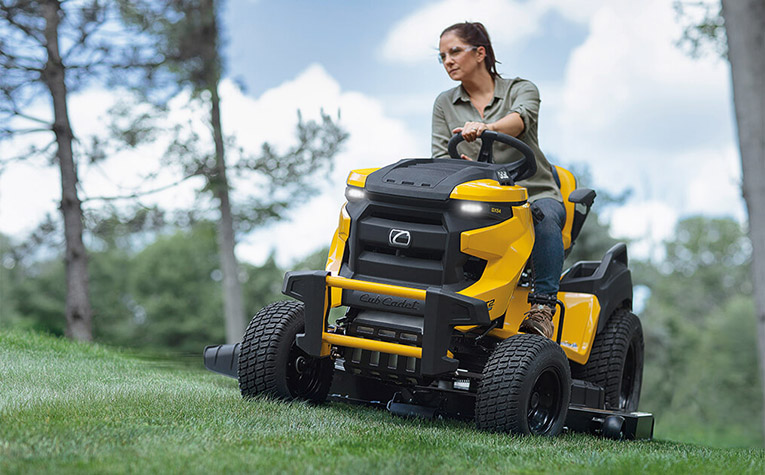 California governor, Gavin Newsom, signed a bill on Saturday that intends to ban gasoline-powered small engines for lawn equipment. Such would be lawnmowers and leaf blowers. The initiative comes as an effort to limit air pollution in the state.

Firstly, the bill would prevent regulators and corporations from selling gasoline-powered equipment that uses such small off-road small engines by January 1, 2024; or once the California Air Resources Board says such a law is “feasible,” whichever date comes later.

Moreover, the law calls for new portable gas-powered generators to be zero emissions by 2028; according to a report from Los Angeles Times. Nevertheless, the deadline could be delayed by the state’s board.

Although the bill has met some criticism, off-road small gasoline engines like the ones for lawn equipment generate substantial GHG emissions. In fact, a similar amount as a light-duty passenger car, according to the Times report. As California has a severe air pollution problem, the state’s lawmakers launched the initiative to curb CO2 emissions further.

In addition, according to the Associated Press, there are around 16,7 million small engines of this nature operating in California. Such a number tops the one for passenger cars on the road by approximately 3 million.

Furthermore, using a gasoline-leaf blower for over an hour reportedly causes the same amount of CO2 emissions as a 2017 Toyota Camry; if driven from LA to Denver. That is a 1,100-mile trip, according to state officials.

On the matter, Assemblyman Marc Berman, the author of the legislation, commented, quoted by the Times. “It’s amazing how people react when they learn how much this equipment pollutes. how much smog-forming and climate-changing emissions that small off-road engine equipment creates.”

He also remarked. “This is a pretty modest approach to trying to limit the massive amounts of pollution that this equipment emits, not to mention the health impact on the workers who are using it constantly.”

On the other hand, despite the initiative’s good intentions, it has met criticism. An industry expert quoted by the Times said around 50,000 California businesses would be impacted by the bill; he remarked that $30 million wouldn’t be enough to help them cover the costs of transitioning to net zero equipment.

Andrew Bray, vice president of government relations for the National Association of Landscape Professionals, said the zero-emission commercial-grade equipment landscapers use is also prohibitively expensive and less efficient than the existing gas-powered lawnmowers. Another major expense will be batteries. Bray said a three-person landscaping crew would need to carry 30 to 40 fully charged batteries to power its equipment during a full day’s work.

Finally, he said. “These companies are going to have to completely retrofit their entire workshops to be able to handle this massive change in voltage, so they’re going to be charged every day.”