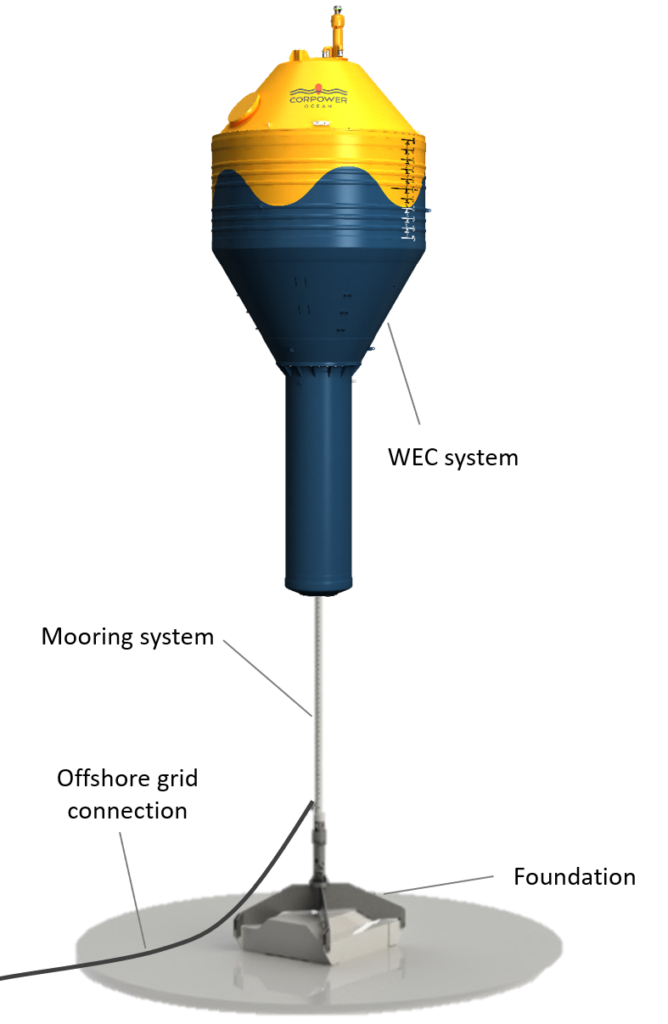 Next 15 June, CorPower Ocean will launch its next-generation C4 wave energy converter. This technology belongs to the CorPack Concept which will provide the building blocks for future wave energy farms.

Moreover, the launch is an antecedent of the launch of the flagship HiWave-5 Project in northern Portugal, with ocean deployment planned later this year.

Also, the CorPower C4 device will be part of a four-system wave energy array, located off the coast of Aguçadoura. It will be one of the world’s first grid-connected wave farms.

Firstly, the project is part of the goal to make wave energy competitive with wind and solar by 2030.

In addition, CorPower Ocean is on a mission to power the planet with clean energy from ocean waves.

Secondly, waves energy brings stability to the clean energy mix, between wind and solar power,to allow a world powered entirely by renewables, 24/7 each day of the year.

Also, this system allows wave energy to expand in offshore wind for decades to come, on route to a zero-carbon future.

Moreover, HiWave-5 is supported by a purpose-built €16m R&D, Manufacturing and Service Centre located in the Port of Viana do Castelo.

We recommend. Wind farm in Alberta is on construction by Enel Green Power.

The Company is a leading wave energy technology developer. It is focus on research to bring a new class of high efficiency Converters to market.

CoPower Ocean is based in Stockholm, Sweden with offices in Norway, Scotland and Portugal.

The company’s goal is to successfully introduce certified and warrantied WEC products in the market by 2024, allowing our customers to build wave farms using conventional project financing.

Wind farm in Alberta is on construction by Enel Green Power

ERCOT made a $16 billion mistake during the...

WoodMackenzie – What will shape the energy world...

U.S. the most attractive country for renewable energy...