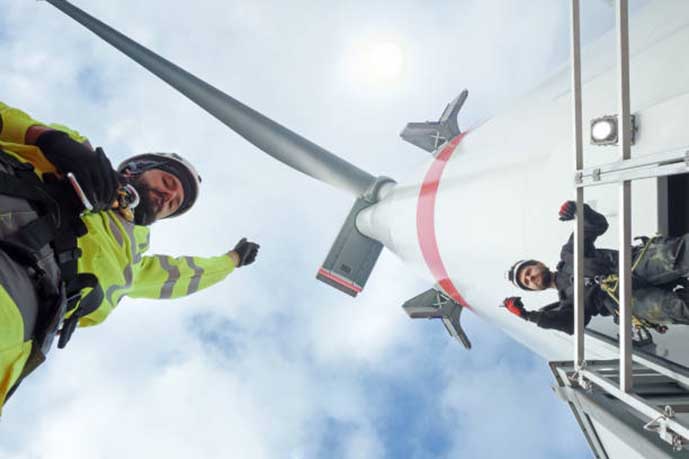 Orsted, the danish renewable energy company, announced that it is moving forward with the construction and development of a $20 million facility in West Ocean City, Maryland. According to a report by AP news, the complex would create 110 temporary and permanent jobs in the region.

Firstly, the company intends to create an operations and maintenance hub in West Ocean City. The facility would leverage its strategic location to serve as an embarking point for three crew transfer vessels. Moreover, those will serve Skipjack Wind 1, Orsted’s offshore wind energy project that’s under development.

Secondly, the West Ocean City project will include a warehouse and other facilities to serve the wind generation project better. On the other hand, the Skipjack Wind project would generate 120-megawatts and will power 40,000 homes in the region.

Moreover, the company expects it to generate $225 million in economic investment in Maryland, and create nearly 1,400 jobs statewide. Those new jobs will include turbine maintenance technicians, engineers, and also operations personnel.

In addition, according to the statement, Orsted is still working on the design of the facility and plans to share the construction timeline with the community in the coming weeks.

In regards to the West Ocean City project, David Hardy, CEO of Orsted Offshore North America, commented. “We are excited to fulfill another commitment made to Maryland and look forward to working with Ocean City residents, including its local fishing community, to make this a project that benefits all.”

Furthermore, to ensure the sustainability of the maintenance hub, Orsted said it plans to use zero-emission vessels at the facility. It also plans to move eventually to zero emissions entirely. According to the AP news report, Mike Dunn, CEO of the Greater Salisbury Committee, said the organization fully supports the construction project.

Moreover, he said to The News Journal that Orsted’s investment is great news for the Lower Shore workforce. “It is a great example of why the Greater Salisbury Committee has supported offshore wind for six years.”

Finally, he said. “Offshore wind is creating a tremendous job pipeline for Lower Shore workers and small businesses. Diversifying our workforce with good-paying jobs that service Skipjack Wind is huge.”

Britishvolt in plans to build a 60GWh Gigafactory in Quebec

CleanChoice Energy and BOW Renewables partner up to...

Total acquires Fonroche Biogaz on its quest to...

Saudi Aramco, as the new world’s most valuable...