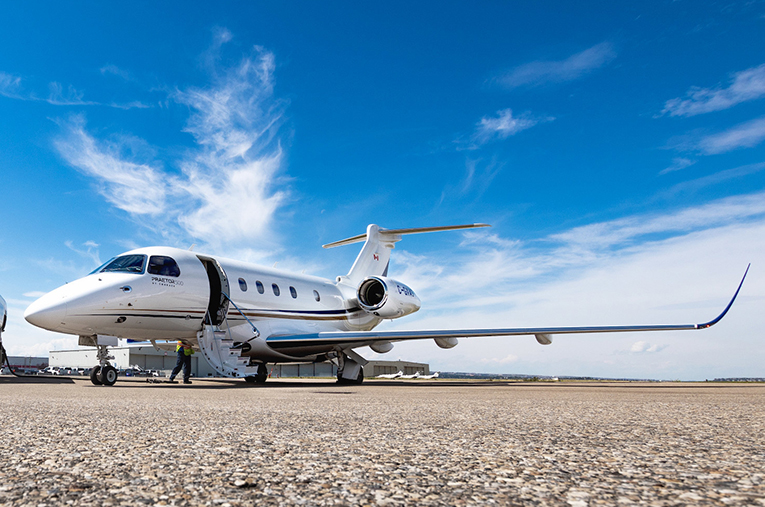 Skyservice Business Aviation, Canada’s leading aviation company, announced this Wednesday it has become the first company in the country to operate with Sustainable Aviation Fuel. The milestone is part of its commitment to environmentally responsible operations in the air and at its facilities.

The SAF, however, will fuel AirSprint’s flights. AirSprint will be the first customer of Skyservice to fly with sustainable fuel. “We have always worked to align our values with those of our Fractional Owners and suppliers, and a commitment to sustainability has never been more important to us and to them.” Said Jared Williams, COO of the company.

He also remarked that flying with such a fuel offers the opportunity to mitigate the impacts of traditional jet fuel on the environment; “but it also helps move the aviation industry forward in a more efficient and positive way.”

Moreover, the SAF was produced by World Energy, the world’s first and America’s only commercial-scale SAF production company. It is a high-performance fuel that reduces lifecycle emissions by 20% compared to traditional jet fuel.

In addition, the planes will operate in Skyservice’s Toronto South Terminal at the Toronto Pearson International Airport (YYZ).

On the other hand, starting operations with SAF is part of a much broader strategy by Skyservice. Benjamin Murray, President & CEO of the company, said. “We are aggressively seeking to lessen the impact of our operations on the environment, and offering low-carbon fuels is one of many ways we are doing that.”

He also remarked. “Our objective is to achieve carbon neutrality at Skyservice by 2050. By offering SAF, we can effectively contribute to fuel efficiency and CO2 emissions reduction goals as set out by the International Civil Aviation Organization and advance our own corporate environmental protection mission.”

Finally, as SAF supply increases, Skyservice plans to transition its fuel program to use SAF exclusively. The aim would be to reinforce the company’s focus on sustainability and also environmental responsibility.

Digitalization in Energy: the value of a suitable technology partner

Energy industry to balance by 2022: Simonelli during CERAWeek