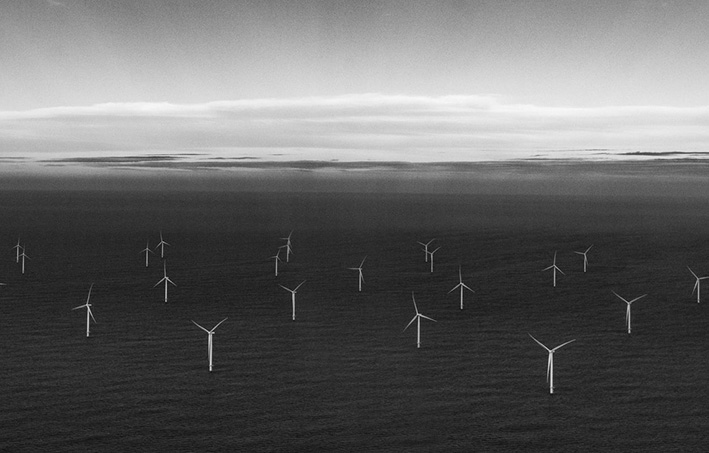 South Korea has unveiled a plan to build the world’s largest offshore wind farm in the world. With a $43,2 billion investment, President Moon Jae-in unveiled the plan at a signing ceremony this Friday, reported Reuters.

First, the plant will be fully constructed by 2030, off the coasts of Sinan, in the Southwestern art of the country, where the signing ceremony took place. Second, president Moon said it will have a total capacity of 8,2 gigawatts.

In addition, he remarked, during the ceremony: “With this project, we are accelerating the eco-friendly energy transition and moving more vigorously toward carbon neutrality.”

Also, he underlined the wind farm is part of its country’s Green New Deal, which was drew in Korea’s elections in April by the Korean Democratic Party in 2020. Moreover, the plan is a means to catalyze job creation and an economic recovery from the covid-19 pandemic.

It is also, a part of the country’s strategy to become carbon neutral by 2050, and reduce its carbon and oil reliance as it is the fourth largest economy in the world.

Recommended for you: Oil near $60 a barrel; on highest point in a year

Consequently, utility and engineering companies attended to the ceremony; including Korea Electric Power Corp; Hanwha Engineering & Construction Corp; and Doosan Heavy Industries & Construction Co, among others, according to Reuters.

Companies will provide with 47,6 trillion of the required funding for the project; on the other hand, the Korean government will provide with the remaining 0,9 trillion. Consequently, the project would provide more than 5,600 jobs while also expanding Korea’s wind power capacity to 16,5 GW.

Currently, the country has around 1,67 GW of wind power capacity. Finally, the 8,7 GW foreseen for the Sinan project are equivalent to six nuclear reactors. Indeed, it would be the largest wind farm in the world to date.

In contrast, the currently biggest offshore wind farm is the Hornsea 1, in Britain; and it has a capacity of 1,12 GW.

In conclusion, Sinan project will effectively encourage stakeholder’s acceptance of these kind of projects; and will further expand the renewable energy demand around the world.

Oil near $60 a barrel; on highest point in a year