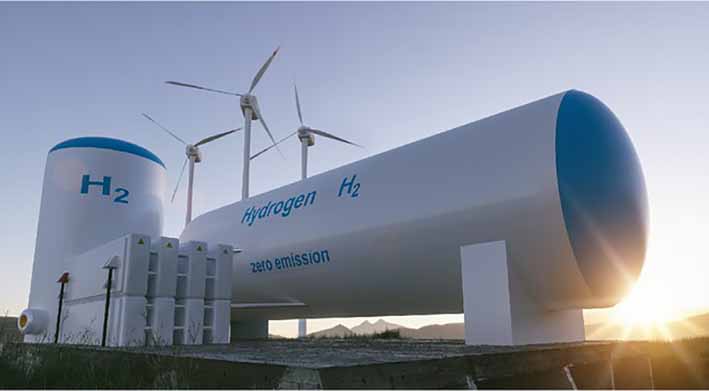 Canadian companies Suncor Energy and ATCO announced today they partnered to develop a world-class hydrogen project in Alberta. In fact, this hydrogen project is Alberta’s most extensive, and it will be built near Fort Saskatchewan.

Find more of our news content, here: Engie North America offsets 100% electricity consumption at Houston headquarters with its own wind

Remarkably, and according to the province’s government, this is one of the most significant steps taken by an oil sands producer such as Suncor to cut greenhouse gas emissions.

Thus, Suncor and ATCO said in a press release they expect to make a sanctioning decision in 2024. Besides, if finalized, the project could be operational by 2028.

Accordingly, this joint hydrogen project would be Canada’s most extensive and among the top quartile globally. Moreover, it would produce more than 300,000 tonnes of clean hydrogen per year. Besides, it would be able to cut carbon emissions in Alberta by more than two million tons per year.

Indeed, around 90% of the emissions in the hydrogen production process would be captured, the companies said. Also, roughly 65% of the hydrogen would be used in refining processes at the Suncor Edmonton refinery in Alberta. On the other hand, another 20% could be used in the Alberta natural gas grid.

Regarding what each company will do, Suncor will construct and operate the hydrogen production and carbon sequestration facilities. ATCO, on the other hand, will build and operate associated pipeline and hydrogen storage facilities.

However, the multi-billion dollar project requires further regulatory certainty and financial support from the government to go-ahead

“With abundant natural gas resources and geology that is well suited to the utilization and permanent storage of CO₂, Alberta is one of the best places in the world to produce clean hydrogen,” said Mark Little, President and Chief Executive Officer Suncor.

Thus, “Suncor’s 50 years of experience producing and using hydrogen in refining and upgrading operations combined with ATCO’s extensive midstream gas experience creates a winning partnership. Particularly to reduce our companies’ emissions and establish Canada as a global leader in clean hydrogen. Moreover, collaborating with industry partners and governments on these types of strategic projects will assist in decarbonizing our base business.”