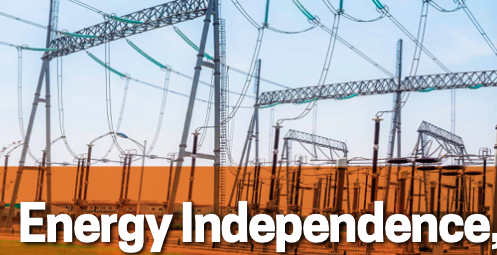 Sustaining this independence while rapidly evolving the industry to decarbonize is a generational challenge interconnected to geopolitical and economic dynamics that pit global cooperation to combat climate change against global competition for economic might.

Meeting this challenge will require five big “I”s — imperative, investment, innovation, improvement, and infrastructure. All five of these I’s enabled the last energy

transition referred to as the “shale revolution.” Reviewing that recent history can help frame what is needed for the coming evolution referred to herein as “net zero (NZ) electrification.”

The International Energy Agency (IEA) projects global spending on clean energy technologies will need to jump from $1 trillion dollars per year to $5 trillion per year by the end of this decade for the world to reach net zero by 2050 (NZ50). For the U.S. to become a leader in global decarbonization efforts will require enormous investments, which the Biden administration is committed to making – ideally with bipartisan support.

For big investments to get intendended returns, they need big accompanying changes that yield: 1) sustained enabling political, legal and regulatory regimes; 2) immense industrial innovation; and 3) effcient evolution of energy commerce. The shale revolution deployed innovation, investment and infrastructure based on existing legal and regulatory frameworks that were generally functioning.

The renewables revolution will need more of these inputs, but it currently lacks effcient legal and regulatory framework(s) to build the interstate high voltage electrical transmission lines needed to support expansive renewables-based electrification. The siting and permitting of this critical infrastructure is done via a patchwork of state regulatory agencies and any one project can take decades to complete.

The comparable interstate pipeline infrastructure built over the past decade was completed within one federal permitting framework, and a large project took an average of 3.5 years. Reform recommendations lean towards rulemaking and regional approaches, but those may not be enough to drive the timelines needed to reach NZ50 goals.

Energy production, transportation, and consumption is complex and can be divisive, but the imperative to reduce emissions and slow global warming is clear. The path to decarbonization by large scale electrification of transportation which will require orders of magnitude more renewables-based capacity and expanding and modernizing transmission grid infrastructure.

The fragile bipartisan consensus emerging on infrastructure is some evidence of an imperative for action in the U.S. Consensus for action is much more important now than it was for the shale infrastructure scale-up, because the inherent challenges to permitting, siting and constructing electrical transmission infrastructure will require substantive legislative action.

Discussion of the need for regulatory improvement to meet these challenges has been ongoing for well over a decade as stated in this excerpt from a 2009 Congressional Research Service:

One criticism of current regulation is that it takes many years to permit a project. Expanding federal authority over permitting is viewed as a means of accelerating the process. The underlying assumption is that it is indeed important to build transmission lines faster. For example, if national priorities include quickly putting low carbon generating plants on line to reduce greenhouse gas emissions and to speed the introduction of electric vehicles, then a rapid permitting process may be critical.

Looking forward and assuming the “imperative” is established, systemic improvement will need to follow. Transmission permitting is still a state- by-state patchwork that must navigate inevitable and intractable interstate disagreements on environmental impacts, consumer cost allocations, land use and eminent domain acquisition.

This dynamic was again evaluated in a 2020 report requested by Congress from the Federal Energy Regulatory Commission which detailed the “barriers and opportunities” for high voltage transmission concluding that navigating state processes and stakeholders can cause transmission projects to take “in excess of a decade.”

This is in stark contrast to the regulatory and legal paradigm that supported the building of pipeline infrastructure to support the shale revolution. That paradigm — based on the 1938 Natural Gas Act and its 1947 amendments — supported the construction of $100 billion dollars and 18,195 miles of interstate natural gas pipelines between 2008 and 2020 that together equate to approximately 223 BCF/d of capacity.

Ninety-seven percent of projects approved under the NGA during that time were approved within two years. The average time for constructing a large (>100 miles) interstate pipeline project from approval to in-service was 3.48 years — well less than a decade for what could be considered linear infrastructure development comparable to electric transmission.

However, as the industry well knows, federal regulation is no panacea and the averages deceive, since project timelines have increased over time. After approval, many projects ran into strong opposition and litigation that dramatically impacted their cost and schedules — and for some led to cancellation.

Issues that led litigation regarding the Atlantic Coast Pipeline and PennEast Pipeline projects to the U.S. Supreme Court are the type of land use and regulatory jurisdictional issues that will most certainly impact future infrastructure projects irrespective of their emissions and renewables profiles.

In sharp contrast to the timelines depicted for interstate gas pipelines in the above graph, we highlight a large interstate high voltage electric transmission project that FERC uses in the above referenced report to Congress — TransWest Express.3 This project was initiated in 2005 and just recently completed all of its environmental and permitting reviews.

In The Electric Grids at a Crossroads, Professor Alexandra Klass of the University of Minnesota Law School conducted an extensive analysis of the historical evolution of energy infrastructure permitting and future needs to develop three recommendations for feasible regulatory frameworks when considering legal and state vs. federal political dynamics. While recognizing the success of centralized federal regulation of interstate projects, as exists for pipelines, Klass did not view that as a possibility for transmission and recommended any of the following regional approaches:

1. First, states could enter into interstate compacts under the Energy Policy Act of 2005 to create regional siting agencies with permitting authority over interstate transmission lines within those states.

The need for reform to the requisite regulatory regimes is becoming increasingly visible to federal policymakers. There are efforts to mitigate anticipatable state-to-state constraints to approvals of transmission projects both in draft legislation and agency policy, but they may not be enough to significantly impact en masse project feasibilities and schedules, which likely will require legal, process, and policy reform at all levels.

The shale revolution included impressive innovations over several decades mostly in exploration and production process technologies. The fundamental fossil energy sources and equipment needed to transform them to fuel and power were the same, excepting the generation turbines needed to convert power plants from coal to natural gas. In comparison, to achieve NZ50 electrification in 29 more years a litany of renewable source technologies will be needed as well as new grid transmission, reliability and power conversion technologies.

The focus of innovation is on matching “non- dispatchable” or intermittent renewable sources, such as wind and solar to constant and peaking demand and the transmission of that energy over long distances. Industry is working on enabling technologies for transmitting alternating current, advanced inverters, new storage processes, and distributed energy resources.

The Biden trillion dollar American jobs plan includes $85 billion for energy. The more recent plan proposed by the president and a group of 10 senators contains an investment of $73 billion for energy, including electrical grid infrastructure for expansion and reliability. A categorical comparison of the spending in both plans.

Existing pipeline infrastructure, particularly for natural gas, could play a significant role in NZ50 by transporting green hydrogen. While it wasn’t included in his American Jobs Plan, President Biden on Earth Day endorsed this idea, which is already being planned in Europe. Pipeline companies can view this as an opportunity, such as Williams, which included the potential for hydrogen conversion in a recent regulatory application.

Innovation and technologies that create and change industries and markets can require investments backed by private capital markets, as well as public financing. Notably, shale revolution investments were almost entirely private, but given market dynamics, unit cost economics, and policy-driven origins, this doesn’t seem as likely for “electrification.”

More restrictive capital markets and the allocation of federal spending are only one constraint or enabler of energy evolution success. A big determinant will be the individual consumer’s willingness to pay a “green premium” and the facilitation of that willingness by rate governing regulators, such as the public utility commissions.

During the transition from coal to natural gas, the U.S. retail consumer did not experience increased prices. Electricity prices stayed flat, and natural gas prices for electricity decreased due to abundant supply.

Facilitation of wholesale commerce will also play a critical role on the road to NZ50. Transactions between buyers and sellers will need increased efficiency and transparency. The complexity of energy commerce is increasing in concert with the expanding number and distribution of energy sources as well as the need for new pricing mechanisms and markets for instruments such as carbon o sets and products such as responsibly sourced natural gas. This dynamic will challenge wholesale participants’ ability to continuously and transparently access evolving value chains and markets.

The imperative for the world to evolve its production and consumption of energy to combat climate change is clear. Change to the generation, transmission, distribution and consumption of electricity must be a foundation of energy evolution. For the U.S. to lead this massive decarbonization effort while maintaining energy independence, it will need to improve its regulatory regimes, foster innovation, make big investments, and harness new and existing infrastructure.