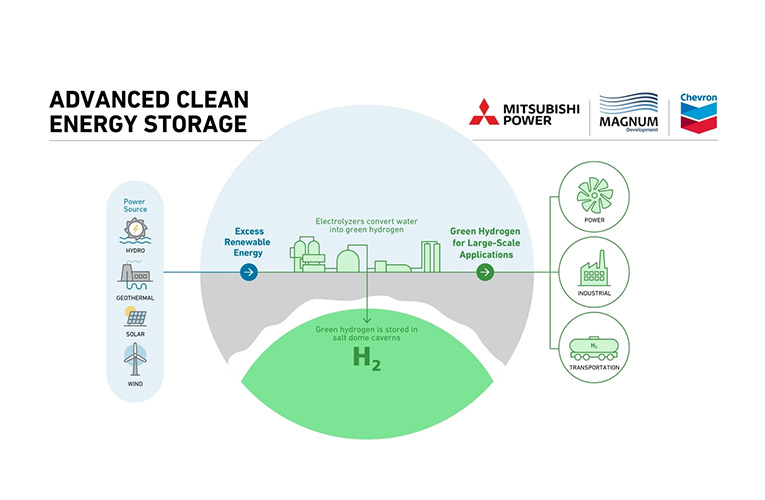 To join the ACES project, Chevron has agreed on a framework to acquire an equity interest in the project; which will produce, store and transport green hydrogen at a utility-scale for power generation; transportation, and industrial applications in the western United States.

The ACES joint venture is located in Delta, Utah, adjacent to the Intermountain Power Plant; which will use green hydrogen to produce electricity with lower lifecycle carbon emissions.

The projects anticipated for the joint venture include the expansion of green hydrogen supply to other Western states; and the construction of connecting hydrogen infrastructure to build a regional hydrogen production, transportation, and supply network.

In this regard, Chevron would work to build demand for hydrogen and the technologies around it; specifically in the heavy-duty transportation and industrial sectors in which GHG emissions are hard to abate.

Also recommended for you: Solar energy could power all U.S. homes by 2035; DOE. Click here to read.

Chevron and partners to agree on final transaction conditions

About the company’s participation, Jeff Gustavson, President of Chevron New Energies, said. “Chevron New Energies was created to grow new competitive business lines in areas like hydrogen. The potential to partner with Mitsubishi Power and Magnum Development on the ACES project presents an exciting opportunity that would bring together our unique strengths and would provide a scalable platform to supply our customers with affordable, reliable, and ever-cleaner energy.”

On the other hand, Paul Browning, President, and CEO of Mitsubishi Power Americas, said. “For several years, we’ve been working with early adopters of green hydrogen in the power sector that have easy access to salt domes or existing hydrogen infrastructure, such as the Intermountain Power Agency and Magnum Development.”

He also remarked. “Now it’s time to connect massive geologic hydrogen storage in Delta, Utah, to power, transportation, and industrial users throughout the western United States. Chevron’s footprint and expertise in the transportation and industrial sectors make them an ideal partner for this next phase of expansion.”

Finally, Chevron, Magnum and Mitsubishi Power are negotiating definitive documentation outlining Chevron’s participation in the joint venture. The financials and other terms of the transaction will be subject to the negotiation of definitive agreements and closing conditions.

The US C3E awards nine women for leadership...