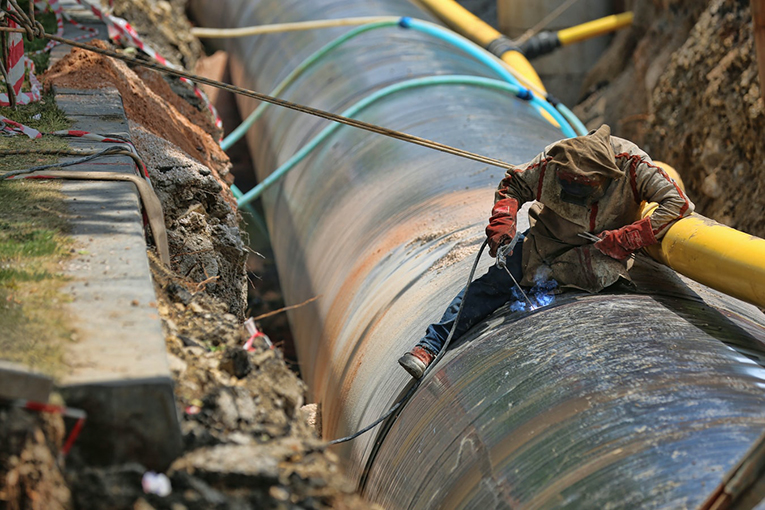 Canadian pipeline operator TC Energy warned yesterday that an ongoing dispute with LNG Canada will impact the construction of the Coastal GasLink pipeline in northern British Columbia; particularly if it is not resolved soon.

Indeed, the pipeline operator is building Coastal GasLink to supply LNG Canada, the Royal Dutch Shell-led liquefied natural gas project in Kitimat. However, as Reuters reported yesterday, work was delayed by the COVID-19 pandemic. Besides, both TC Energy and LNG Canada expect this situation to lead costs to increase.

Comments on the dispute

In this sense, Tracy Robinson, Coastal GasLink president, told a TC Energy earnings call; “Indeed, we are in disagreement with LNG Canada over the alignment of cost and schedule. Thus, we have been in discussion for some time now,”

Besides, Robinson said that although LNG Canada and TC Energy are progressing; if the parts cannot resolve in the near term, there will be some implications to the pipeline’s construction.

Indeed, and it is worth noting, TC Energy has 5000 people working on the pipeline corridor. Accordingly, it said the project is nearly 50% complete. Moreover, under these circumstances, LNG Canada expects to start operating the pipeline around 2025.

Recently, the Calgary-based company, TC Energy, released second-quarter earnings. There, the company beat estimates for quarterly profit; particularly this resulted as demand for its transport services returned with a rebound in crude prices.

Accordingly, net income attributable to common shares rose to C$982 million, or C$1 per share; particularly, in the three months ended June 30, compared to a loss of C$1.06 billion, or C$1.11 per share, in the prior quarter.

Moreover, in the first quarter TC Energy said it took a hit of C$2.2 billion in impairment charges; specifically, related to the suspension of its Keystone XL pipeline after U.S. President Joe Biden recently revoked an essential permit for its construction

Lastly, Reuters reported that the company’s comparable earnings stood at C$1.05 billion, or C$1.07 per share. In brief, that beat estimates of 96 Canadian cents per share, according to Refinitiv IBES data.