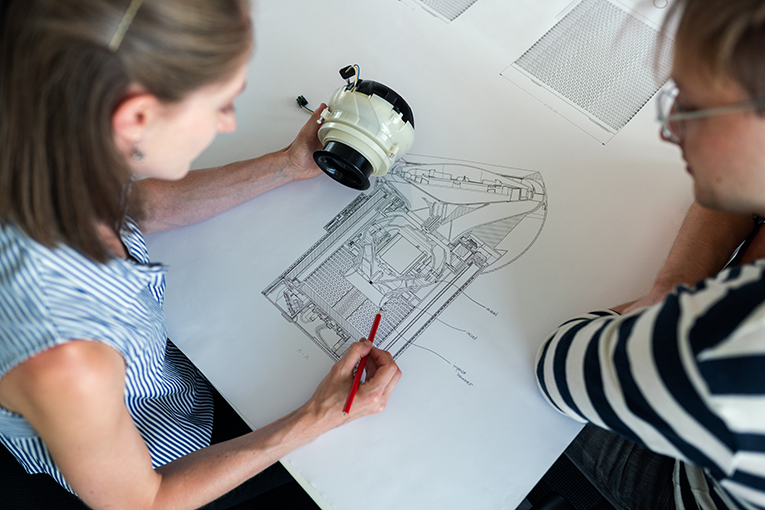 Today, at the “The women’s presence in Engineering” panel, part of the Centro-Oriente Regional Meeting sponsored by the Mexican Union of Engineers’ Associations (UMAI by its Spanish acronym), experts discussed the importance of strengthening female participation in this field. Particularly, they underscored that engineering careers must include more women; mainly, to achieve greater inclusion and competitiveness without any kind of veto.

Worth noting, the panel included the participation of the engineers Beatriz Islas, Eloísa Dávalos, Ivonne Hernández, and María de Lourdes Clara Valdés. At the event, they all shared their perspective regarding their professional trajectories; the participation of women in engineering, and the challenges and opportunities they needed to overcome/leverage throughout.

Why did they choose this field?

In this way, Islas shared that during her experience as an engineering student, most of the academic enrollment was constituted by men. However, this didn’t stop her from continuing her studies; since she always had a great curiosity about the technical and technology topics surrounding her major.

Similarly, Dávalos noted that even though she comes from a family of lawyers, she knew that engineering would be her major of choice from an early age. Specifically, she recalled how the man’s launching to the moon made a significant impression during her childhood; thus, later impacting her professional career selection.

Since then, the engineer knew that she wanted to know more to better understand the mechanics, electricity, and robotics that such a launch would require. However, Dávalos pointed out, this pathway wasn’t exempt from challenges since “it was a hard social topic to address,” even with her family.

Valdés said that in her early years in a technical high school, she also needed to overcome several social challenges; particularly, in learning how to live together with her male peers. Coming from a female junior high, the engineer had her first clash with a manly world.

In any case, she focused on her work and studies and ended choosing the major of Geological Engineering thanks to a close professor who introduced her to the minerals world. Significantly, she noted, her parents influenced her professional development heavily; particularly because they always supported her to complete her university courses.

As she pointed out, “they pushed me to go beyond the stereotypical requirements for women at the time;” for instance, being a mother and always accepting what men in their family and society told females to do.

Last but not least, Hernández recalled that her interest in the field came from being the daughter of an engineer. Thus, she remembered how her father, a Topographic Engineer, introduced her from a very young age into his work and activities. Currently, Hernández is an engineer focused on hydraulic and grid infrastructure, with a deep interest in the recollection, use, and improvement of water.

Regarding women’s current participation in the field, the panelists acknowledged that participation and breaching the gaps is crucial. Accordingly, Islas underscored how some skills inherent to women could help the STEM fields.

Indeed, “our lifestyle provides us with great skills including multitasking,” she said. Also, “these careers and positions require creativity, design capacities, and to invent solutions.”

Following that, Dávalos said that women’s participation is becoming more urgent; particularly considering that in the following years, Mexico and the world will have an engineering professionals’ deficit; particularly, women could constitute a minimal part of the workforce in this area.

Moreover, she highlighted how the work opportunities are increasing for STEM careers, but not enrollment numbers.  In this sense, Hernández noted that technical education is not the only factor to consider; but also the financial, entrepreneurial, business, and unionization.

Lastly, all the panelists concluded that engineering careers must remove any kind of vetoes for women.

In conclusion, the engineers acknowledged that continuous preparation is key. Even it is unfair; women still need to show that their capabilities are enough. However, it is precisely there where the challenges and opportunities are.

With a better and broader understanding regarding the negative effect of stereotypes and social roles, women engineers can boost within the area. Thus, some key actions to address this would be informing, strengthening the relationships between academia, private sector, and public policies, and with the active support from male peers.

Bitcoin mining center in Ohio to get clean energy from nuclear