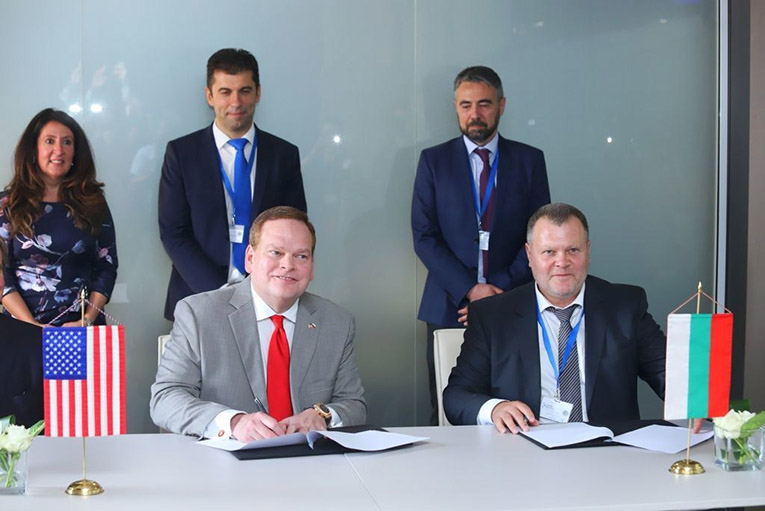 A Bulgarian gas trader has been acquired in 50% by the U.S. based company Linden Energy; the company announced today that it has signed an agreement to acquire 50% of Overgas Inc. AD; the first independent and the most experienced Bulgarian gas trader; as well as the largest privately owned gas company in the country.

Firstly, the shares that Linden Energy acquired were a property of Russia’s Gazprom; however, company Overgas acquired them in 2020; and now Linden Energy will have the stake. In fact, this is not the first interest of Linden Energy in Europe; it has projects under consideration in Eastern Europe, and also South Asia.

Secondly, Linden Energy is a 10% capacity holder in the Gas Interconnector Greece-Bulgaria (IGB) pipeline since 2016. The acquisition of Overgas Inc. AD will further strengthen Linden’s investment portfolio in Bulgaria and will support new growth in the region’s gas network development.

Thirdly, the acquisition was made in conjunction with the 3 Seas Initiative hosted in Sofia, Bulgaria. The initiative aims to develop infrastructure in the territories of the participating states; which also encompasses the development of energy infrastructure, including gas.

Moreover, Svetoslav Ivanov, Executive Director of Overgas Inc. AD said about the matter. “As Linden Energy joins the companies in the Overgas Group; it also has the ambition to assist in implementing the ideas of Overgas Inc. AD for the development of the markets in the countries in the Western Balkans; by ensuring the political and financial support needed for these projects.”

On the other hand, Stephen Payne, President of Linden Energy said. “In addition to our investment, Linden will take an active role in supporting Overgas’ efforts to diversify the energy market in Bulgaria; by adding other sources of natural gas, one possibility being also U.S. LNG.”

Finally, He also added. “The Linden team is very excited to continue our work in Bulgaria and the Balkans. I believe that Overgas is the perfect partner to expand from a leader in the Bulgarian gas market; to a leader across the Balkan region.”