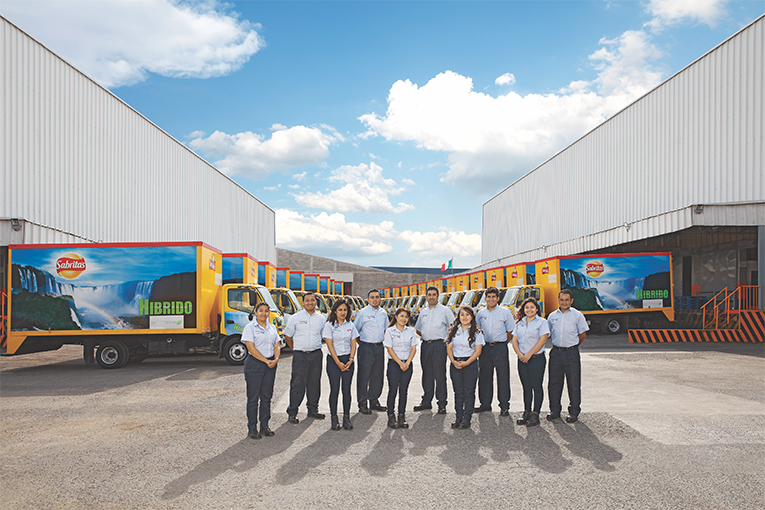 Today, PepsiCo Mexico announced it reached its 100% clean energy target six months before planned.  Accordingly, the Company will power its operations across the country with 100% renewable energy; thus reducing its carbon footprint by about 110 thousand tons. Indeed, this is the equivalent of all the CO2 that 4 million trees absorb in a year.

As the Company shared in a media release, this achievement is in line with its greenhouse gas emission (GHG) reduction targets across its value chain in more than 40% by 2030. In fact, Pepsico Mexico focuses its action plan both on GHG mitigation and resiliency.

How is PepsiCo Mexico reaching its clean energy targets?

Similarly, the Company said it generates its own electricity via photovoltaic panels. For instance, PepsiCo Mexico currently powers four production plants with these panels in Baja California, Sonora, and Jalisco. Additionally, other two plants will be operating in Nuevo León and Mexico City later this year.

Lastly, through iRECs acquisition, the Company will purchase the remaining renewable electricity it needs to power its activities.

Following the announcement, Roberto Martínez, President of PepsiCo Mexico, noted; “In the last 15 years, sustainability has become crucial for our business. So, this achievement is the result of our commitment towards providing a real change.”

In fact, Martínez continued, “this has been possible due to the implementation of an action plan. Which, particularly, comprehends GHG reduction in all our operations across our value chain.”

Moreover, “taking actions to mitigate climate change is fundamental for our business as a global food leader,” added Treviño. So, “our ambitious targets will lead us to the enormous challenges ahead of us. In brief, there’s no other option than taking actions immediately.”

Other initiatives in the company

Thus, the sustainability strategy of PepsiCo Mexico aligns with the Company’s commitments to the Business Ambition for 1.5 °C by the United Nations. Also, with the RE100, which is a global initiative pushed by The Climate Group.

In addition to this achievement, PepsiCo Mexico underscored that it continues implementing other strategies focused on GHGs reduction. For instance, energy optimization in its production, from manufacturing plants to optimizing its vehicle fleet.

Finally, the Company noted that it has been implementing these sustainability strategies for about 15 years. For instance, in 2006, PepsiCo aligned to the Resource Conservation (ReCon) targets, which led it to implement better fuel management and control techniques. Besides, it is leveraging the potentialities of alternative fuels such as biogas and hydrogen.