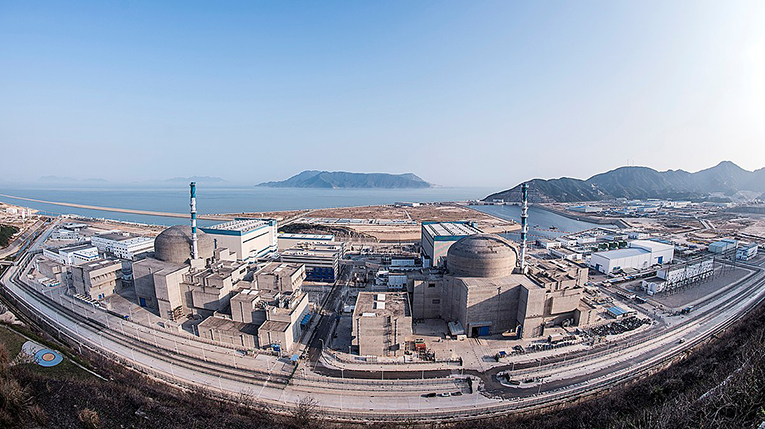 According to CNN information, the U.S. government spent the past week assessing a report of a leak at a Chinese nuclear power plant. This came as a response to a French company’s warning of an “imminent radiological threat.”

About the notification and warning report

Accordingly, this warning accused the Chinese safety authority of raising the acceptable limits for radiation detection outside the power plant. Particularly, this aimed to avoid shutting down the facility, reported CNN after reviewing a letter sent to DOE by Framatome, the French company.

Despite the notification, the Biden administration believes the facility is not at a “crisis level.” Indeed, this situation could put the U.S. in a complicated situation. Particularly if the leak continues or becomes more severe without being fixed.

Moreover, the Biden administration discussed the situation with the French government and their experts at the Department of Energy. Worth noting, the government has kept in contact with the Chinese government as well. However, the extent of that contact is unclear.

Despite the concern, the U.S. government insisted that if there were any risk to the Chinese public, it would look at it in consequence. Particularly since the country is required to make such a situation known under current treaties related to nuclear accidents.

Indeed, Framatome reached out to the U.S. to seize American technical assistance to resolve the issue at the Chinese plant, CNN reported. In a June 8 memo reviewed by the press media, the parties clearly state that there are only two reasons why this waiver would be granted; one of them is an “imminent radiological threat.”

Also, this memo claimed that the Chinese limit was increased to exceed French standards. However, it is still unclear whether this limit exceeds the U.S. standards as well.

On the other hand, the Taishan Nuclear Power Plant published a statement on its website Sunday night local time. In this release, the facility’s authorities said the plant maintains environmental readings; in fact, for both the plant and its surrounding area under “normal” circumstances.

Moreover, the operators added that; “Since it was put into commercial operation, the Taishan Nuclear Power Plant has strictly controlled the operation of the units; particularly, following operating license documents and technical procedures.”

Therefore, “all operating indicators of the two units have met the requirements of nuclear safety regulations; and power plant technical specifications,” the statement noted.

Finally, in a separate statement on Friday, Framatome acknowledged to CNN that the company; “is supporting a resolution of a performance issue with the Taishan Nuclear Power Plant in Guangdong Province, China.”