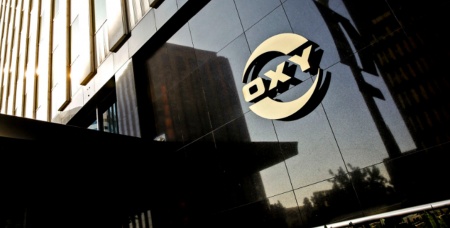 The low carbon business of oil major Occidental Petroleum (Oxy) will match the profits of its oil and gas earnings in the coming decades, said CEO Vicki Hollub to analysts this Tuesday.

Secondly, that same low carbon venture was awarded this Tuesday with an engineering and design contract for a direct-air-capture facility in the Permian Basin.

Thirdly, initial works for the facility may be completed by 2022; and construction of the actual place may take another 18 to 24 months, Hollub confirmed. According to Reuters, Oxy is partnering with 1PointFive and Worley for the project.

“As part of our low carbon strategy, we can provide a solution for partners and other industries as well; which is airlines and utilities,” Hollub said. “Those industries may not have an alternative means to significantly lower their carbon footprint.”

Also recommended for you: Valero and Marathon restart refineries in Louisiana and Texas

Low carbon venture in the face of 4Q financial results

Consequently, after the post, Oxy’s shares went down 2% to $25,93 this Tuesday. On top of this capital performance, the company faced the Texas winter storm; which shuttered oil output and a fifth of the nation’s refining capacity.

Finally, although the costs of the storm for Oxy have not been quantified, Hollub said: “he good thing is we see no permanent damage with anything, and the wells are starting back and looking very good.”

In conclusion, Oxy’s direct carbon capture technology, as decarbonization efforts are deepening, may compete with its oil and gas earning, and maybe even surpass them.

Valero and Marathon restart refineries in Louisiana and Texas

bp acquires 9GW of US solar developments from 7X Energy

The key to success in managing Energy Projects:...