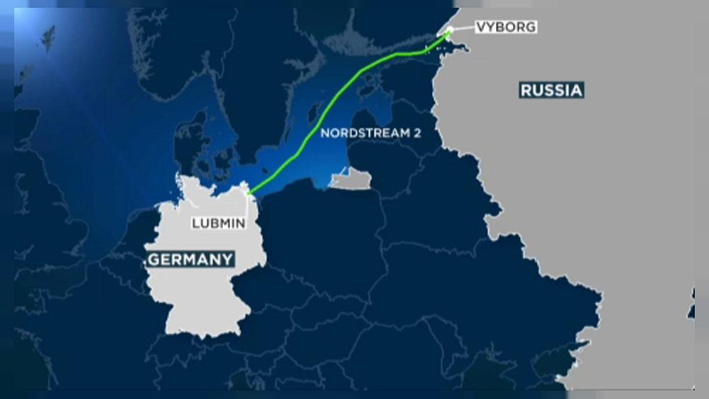 Two senators have urged president Joe Biden to ensure the implementation of sanctions, passed in January, to the Russian midstream project Nord Stream 2, which will send natural gas from Russia to Germany.

Firstly, the senators who pushed for the implementation were Democrat Jeanne Shaheen and Republican Jim Risch; both urged the state Department to issue right away the report to Congress identifying the companies involved in the projects.

Secondly, the reason for the urge is because the law that mandates the sanctions, the annual defense policy bill, is due on February 16. Such law requires to impose sanctions on the companies involved in the construction, insuring and verifying the project.

“We look forward to working with you to bring an end to this dangerous project; senators said in a letter to state Department, to which Reuters had access. The letter also makes reference to a possible offer put out by the German government, that would require for the U.S. to ignore the sanctions; still, such offer is not confirmed.

In addition, the news agency does not provide information on what kind of an offer is that. Nevertheless, sanctions on the project would slow down Russian presence in Europe, and would allow for Ukraine and Slovakia to profit from lucrative transit fees.

Sanctions would roll back Russia’s control over Europe

In contrast, Russia has been racing to finish the $11 billion project that will send gas from Russia to Europe, through Germany. The project is already behind schedule, as the U.S, imposed sanctions in late 2019.

Nevertheless, the project is supposedly 90% done; but requires further and tricky works in deep waters of the Baltic sea; off the coasts of Denmark, as some unexploded bombs from the World War II lie on the seabed.

On the other hand, the U.S. is opposing the project since the Obama administration, as it would increase Russian presence; and consequently the power of Vladimir Putin, upon Europe. Gaining political influence over the continent.

Moreover, the project became more political, after Kremlin critic, Alaxei Navalany, was imprisoned in Russia last week. Former president Donald Trump pushed the liquified natural gas exports to Europe, as an alternative to Russian gas, and as a strategy to push the Kremlin back.

Finally, the State Department has not confirmed if it indeed will issue the report. But, Ned Price, State Department spokesman, said to Reuters. “It’s a bad deal because it divides Europe, it exposes Ukraine and Central Europe to Russian manipulation, it goes against Europe’s own stated energy and security goals.”

TC Energy looking $15B in damages from U.S. after KXL

Ørsted and Eversource Collaborate with Fishing Consortium to...