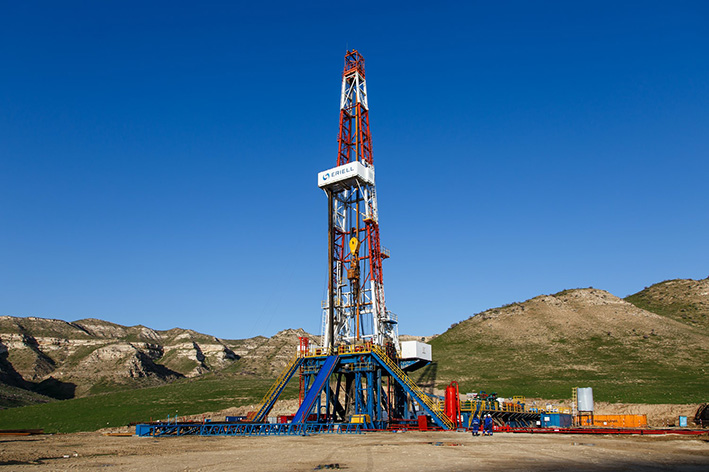 Big oil drillers have federal permits in hand for at least 4 years, which may allow the oil and gas companies to operate despite president Joe Biden’s vow to end federal drilling, as a result of the climate change agenda.

According to Reuters, majors like Devon Energy, EOG Resources, Exxon Mobil and others, are not worried about the proposed ban by the already in office Biden administration; stockpiles of federal permits, already approved and valid may last them for long.

Federal land drilling accounts for about 10% of the U.S. oil and gas supply; signifies substantial income for western states like New Mexico, Colorado and Wyoming, as the get a share of extraction royalties and rely on that income.

As we have reported previously, sparked by the presidential vow to ban federal drilling, state of Wyoming released a study exploring the possible scenarios if such ban entered into action. The results “were devastating”, in the words of state governor Mark Gordon, as eight states would result with economic harm of around $8 billion in tax revenue, and $34 billion in investment.

Recommended for you: EIA forecasts crude oil prices at $53 through 2022

“We have always been very confident that we will continue to develop and drill on federal acreage. It’s embedded into the rights we have in the leases; and we’re doing it the right way,” said David Hager, executive chairman of Devon Energy, one of the biggest onshore producers in the U.S.

Devon, EOG, Exxon; Occidental Petroleum, ConocoPhilips and Mewbourne Oil Company are among the big oil drillers with federal permits in hand to operate for at least four full years. And when those permits expire, they could turn to state of private property, as stated by Reuters.

“When it comes to access to federal lands, that’s one of the things we’re not really worried about in our business. We have a lot of potential outside of federal land, too,” said EOG’s COO, Billy Helms.

Rystad, the energy consultancy agency, has said the stockpiling of federal lands permits went up during the run-up presidential election. Federal permits requests rose to 31% share of all requests for major oilfields in the nation; compared to a 18% in 2019.

Shale output in most U.S. formations expected to fall: EIA

Xodus awarded with engineering and design of CCS project for Petronas