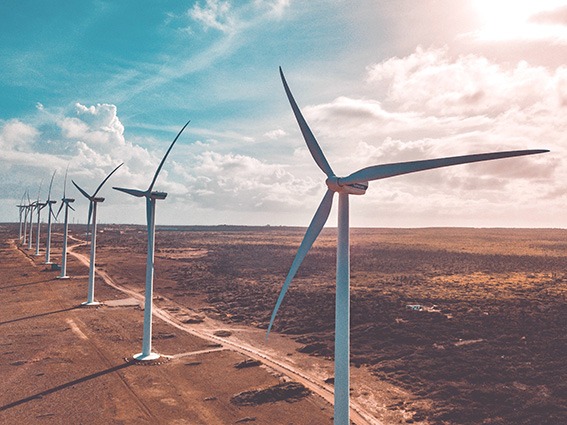 A $374 million wind project in Nebraska faces danger in its financial viability due to the coronavirus crisis, the New York Times reported today. The project, run by EDF Renewables, has faced numerous delays increasing the cost, cornering the project into a threatening zone.

The company has struggled mightily with a global supply chain fractured due to the coronavirus disease, which has millions of workers at lockdown; making clear that the virus hits even the most thriving of businesses like renewable energy ones.

According to Ivan Penn, from the NYT, since march EDF was preparing to receive three dozen wind blades to harness the Nebraska wind; but, three days before the scheduled arrival, one of EDF workers took the covid-19 illness and sent 30% of the work crew home.

At least three other EDF workers tested positive for the virus this year, leaving the project in suspension. With the supply chain also broken in Mexico and India, wind blades and other vital wind turbine components couldn’t arrive at the site.

Recommended to you: CG/LA North American Infrastructure List 2020/2021: what about energy?

Nebraska wind project isn’t the only one

Although the project eventually reopened, the delays in the supply chain and the shutdown of economic activities will have a lasting impact on the project, which began construction in 2016. It was planned to be finished this year.

EDF efforts, therefore, are greater and greater as the entire industry faces important challenges. In fact, the American Wind Energy Association estimates that more than $35 billion in investment and around 35,000 jobs in the renewable sector are threatened.

The losses could grow even more with the “second wave” of the virus hitting global economies once again. “This has hit every part of the supply chain, certainly if we see major delays, it can take a major economic toll.”, said John Hensley, the Association’s VP of research and analytics.

According to Penn, Nebraska gets around 20% of its electricity from wind, and when completed, the EDF project will meet the needs of 115,000 homes and businesses. “Wind turbines provide more than 7% of U.S. electricity and are the largest carbon-free energy source after nuclear power plants.”, he concludes.

Louisiana refiners could be without power for six...