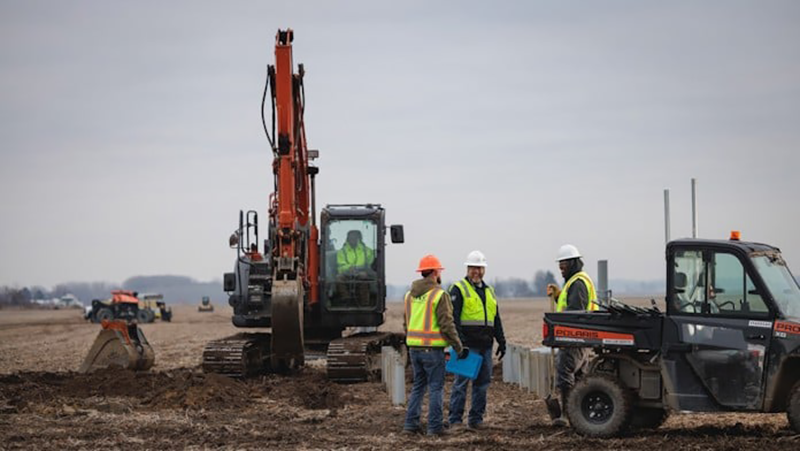 British oil company, bp, announced the start of construction of a new solar project. Arche Solar will be 134 MWdc and will be located in Fulton County, Ohio. This solar planning will contribute to the global commitment to transition to lower-carbon energy. In addition, the project is expected to create a minimum of 200 jobs around the United States. These jobs will occur during construction throughout the supply chain. And it expects to generate more than $30 million in revenue to benefit local schools and utilities throughout the project’s life.

The power purchase agreement between bp and meta for the project will see the two giants partner to fight climate change and greenhouse gas emissions. In turn, they will seek to support the growth of renewable energy in the United States. By the time Arche Solar completes construction, expected to generate enough clean energy annually to power more than 20,000 U.S. homes.

The project’s development is under the command of Lightsource bp, a global leader in solar energy and equal partner of bp. The solar energy company is responsible for the construction of the project.

Urvi Parekh, head of renewable energy at Meta, added: “We appreciate bp’s partnership in helping us maintain our commitment to support our global operations with 100% renewable energy. In addition to adding new power to the grid, we are proud that this project will bring more jobs and investment to Ohio.”

The installation of ultra-low carbon solar panels and intelligent solar trackers, supplied by U.S. manufacturers First Solar and Nextracker. Will be placed by McCarthy Building Companies’ Renewable Energy and Storage team, which was chosen as the project’s prime contractor.

The project is part of bp’s plans to develop:

It can be of your interest: Engaged Customer Relationship Index: concern about environmental performance

Tidal and stream energy systems supported by US Government

Vestas secures 396MW contract for a wind project in Australia

DAPL on a lifeline as judge allows it...

Anvil Energy and Boomerang merge to create a...

Oil prices plunge as worries for supply and...