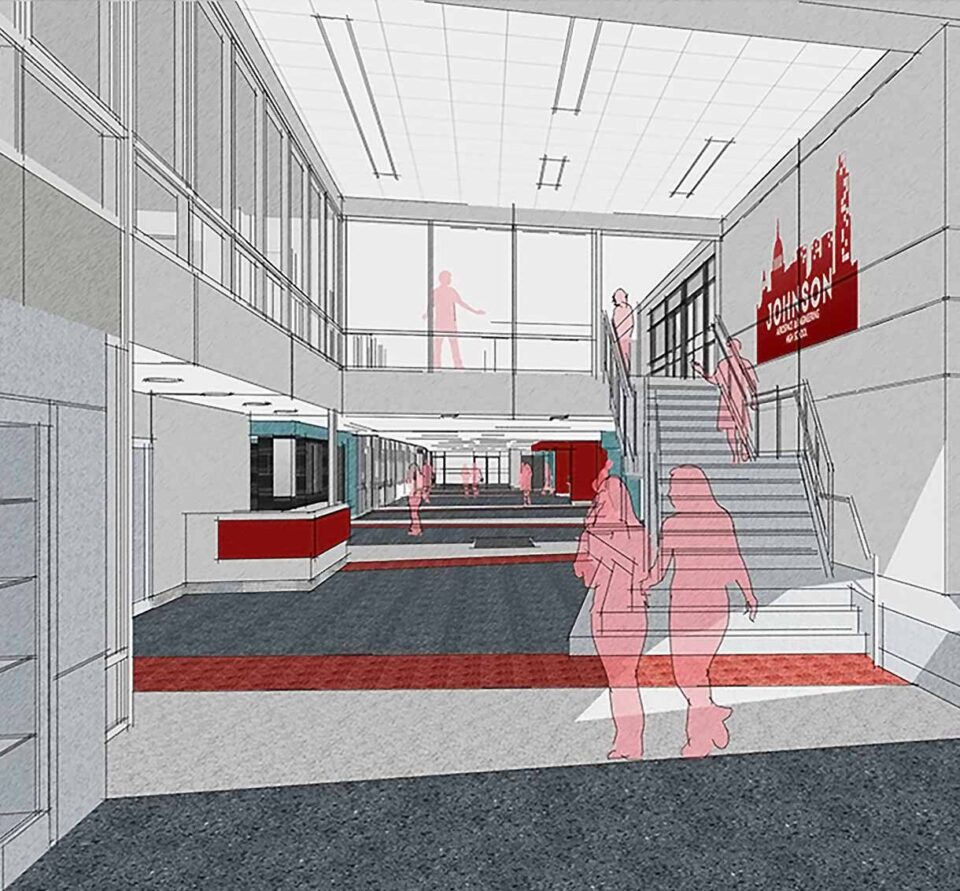 Firstly, at Johnson High School, a $18.8 million geothermal project expects to cut natural gas consumption by more than half.

Secondly, when completed the project at the school will join just a handful of similar systems at Minnesota K-12 schools.

As a result, the availability of federal pandemic relief funds is helping to develop more projects move forward in recent years.

In addition, the district also has a goal of reducing greenhouse gas emissions from its buildings by 45% by 2030.

In general schools from the area lacked cooling options. Their HVAC system are decades old.Space constraints limited the school’s options.

While geothermal systems can require a large underground footprint, relatively little equipment is installed above ground, which along with financial aspects make it a good option.

TKDA is developing on the project. Over the spring, the district hired a contractor to bore 160 wells 305 feet deep into the school’s baseball field.

A liquid glycol mixture will run through buried pipes, transferring heat between the ground and the school’s heat pump.

However, the school won’t be able to entirely depend on geothermal during the coldest stretches of winter.

A high-efficiency condensing boiler and two steam boilers will remain in operation when temperatures drop below freezing; but the school expects to cut natural gas consumption by more than half.

Moreover, geothermal systems need two to three years to come into balance and will become more stable and efficient over time.

Finally geothermal is getting more attention recently as public schools and other institutions aim to reduce emissions and energy costs.

Nova Scotia to get clean energy through Maritime Link by Nalcor

June 2022 – Digitalization for optimization and cost...

Canadian crude exports by rail jump to a...