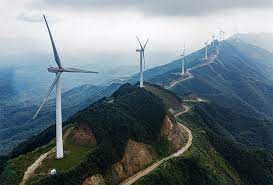 Renewable energy has become more competitive and has grown exponentially over the past years. It hasn’t been an easy pad, and the years to come will be even harder for renewable energies. The bright side is that this is what global pad markets are willing to go through to get a better and more sustainable future.

The challenge vs the renewable energy capacity.

The first challenge the industry is facing is the competitive prices they have achieved. Those are forcing the oil and gas industry to keep on competing to lower costs. At a certain point, this will mean more challenges for some to keep the fight with the energy industry monsters that are still leading the market.

Asia-Pacific has already begun the severe change to renewable energy, being the first with the largest installed renewable energy capacity. Furthermore, Asia-Pacific is expected to be the fastest-growing region for these markets between the years 2022 to 2027.

China is the one leading in the Asia-Pacific with renewable energy. China is the key to keeping on going with the development of these energies in the area during the stipulated time. They also know the importance of the government’s actions to keep promoting laws in favor of the development of these energies. They are expecting India’s laws will increase the Asia-Pacific market’s growth.

India is another country that has invested a lot in renewable energy between 2013 and 2020. Also, right now is expected to increase its install capacity by the end of this year.

On another side of the World, Europe expects to increase the renewable energy demand due to government policies. The most advanced in those areas are Germany, France, and the U.K. They plan to achieve a significant increase in consumption of these energies by 2030.

So even dough the prices might not be as competitive in the future as the conventional energies ones, the World is still expecting growth.