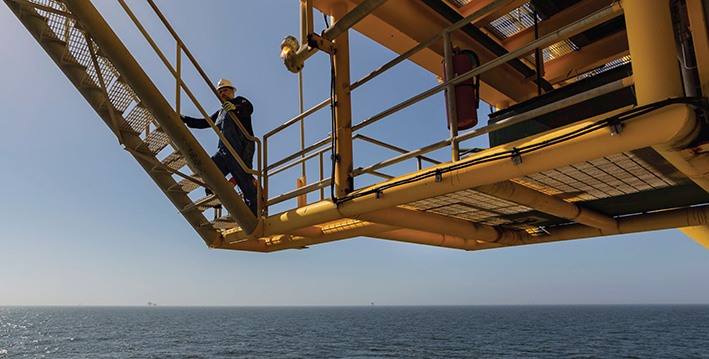 Talos Energy, the independent exploration and production US company, announced this Wednesday it partnered with Freeport LNG to develop a carbon capture and sequestration (CCS) project along the US Gulf Coast.

Firstly, Freeport LNG is an LNG export company headquartered in Houston, Texas. It was indeed one of the first liquified natural gas (LNG) exporters in the United States. Currently, it operates one of the most extensive LNG liquefaction and export facilities globally; representing one of the largest single natural gas demand points in the state of Texas.

Moreover, Talos Energy released a statement saying they had signed a letter of intent to develop the project. The project will call Freeport LNG CCS. It will be adjacent to Freeport LNG’s natural gas pretreatment facilities near Freeport, Texas, on the Gulf Coast; approximately 60 miles southwest of Houston, Texas.

In addition, Talos will be the project manager and operator. Talos’ partner, Storegga Geotechnologies Limited, will join the project to deploy further solutions and expansion for the CO2 captured.

Furthermore, the FLNG CCS project will utilize a Freeport LNG-owned geological sequestration site located less than half a mile from the point of capture. The site has a nearly 30-year injection capacity. Consequently, the project will have a rapid execution timeline assuming efficient regulatory approval processes.

On the other hand, this is not the first carbon capture project for Talos Energy. As we reported previously, back in June, the company partnered with Storegga to seize carbon capture opportunities in the market of the Gulf of Mexico.

In fact, the companies formed a joint venture to collaborate on the origination and mature of carbon capture and storage solutions with emitters; also, infrastructure providers, service companies, and financing partners, among others.

In addition, in August, Talos won a bid for a carbon capture site in Jefferson County, Texas. The award placed Talos among a very select group of domestic, independent energy companies with a physical project site dedicated to carbon sequestration and storage.

About the matter, Timothy S. Duncan, Talos Energy CEO, said. “The entrepreneurial collaboration of our teams allowed for the development of a unique, stand-alone carbon sequestration solution, which provides proof of concept to our broader CCS portfolio and is complementary to our larger hub-based project in Jefferson County.”

Finally, Michael Smith, Founder, Chairman, and CEO of Freeport LNG, commented. “As the only all-electric drive facility of its kind in the US, our liquefaction facility produces 90 percent less emissions than other gas turbine-driven facilities. Embarking on carbon capture and sequestration will only further reduce the carbon intensity of our facilities. We look forward to our work with Talos on this innovative CCS project.”

Li-Cycle and Renewance to expand recycling solutions for...